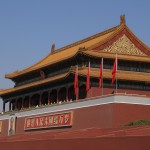 On 18 March 2011, I wrote a column which was published in the “Features & Analysis” section of the website of BBC News. The topic was the Stock Exchange of Hong Kong’s simulation exercise for the trading of renminbi-denominated securities and their development.

In Asia real estate, a tale of two cities

HONG KONG (Dow Jones Investment Banker) – It only stands to reason. Asia’s insatiable appetite for investments in transportation, utilities, communication and social infrastructure assets should have created a wealth of opportunities for dedicated, listed funds. Few, however, have tried to tap this burgeoning market, and those that have taken the risk have shown poor returns.