There seems to be no end in sight for the Asian ECM bout of depression. Above all, it’s been a pretty miserable year so far for IPOs, in sharp contrast to new listings activity in other parts of the world. read

As Hong Kong’s financial marketplace becomes increasingly reliant on the Chinese mainland for its IPOs, Singapore’s big opportunity perhaps lies with international issuers – and those from Southeast Asia in particular. read

Amid particularly tense Sino-Japanese relations, the US$3.1 billion IPO of mainland insurer PICC Group is all the more remarkable in that it included a rare tranche, solely targeted at Japanese investors. read 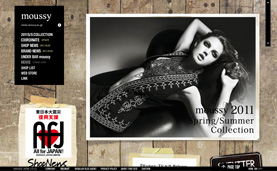 Lost in translation? A close look at Japanese POWLs

HONG KONG (Dow Jones Investment Banker) – Public offerings without listing (POWLs) have for a decade been used to channel Japanese retail financial assets – about half of which are held in the form of cash in bank or post office deposits – towards international primary equity offerings. But do POWLs as they stand really add value to new issues? read

SGX bets on innovation to catch up

HONG KONG (Dow Jones Investment Banker) – Singapore Exchange Ltd (SGX), dwarfed by a number of its Asian rivals, is sparing no efforts to compete on a regional stage. But its introduction of remote trading is likely to have only a marginal impact.

HONG KONG (Dow Jones Investment Banker) – Logically, there’s reason to offer around-the-clock trading on securities: Investors can trade from their home turf some of their large holdings. But Vale S.A.’s Hong Kong listing shows the value of such an option is questionable in practice.