I was quoted in the Financial Times again today in an article by Robert Cookson in Hong Kong and Gregory Meyer in New York, entitled “China Eclipses US As Top IPO Venue”. read 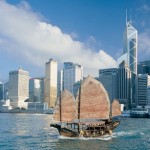 I was interviewed this morning by Mike Weeks on RTHK’s Radio 3 show “Hong Kong Today” on the Hong Kong IPO market. read

China Outfitters is an excellent example of how an attractive company can come back from a failed deal. The offering was covered at the time of writing and the issuer closed the books for its IPO on December 2 on decent demand. read

In ECM, local is beautiful

Mainland jewellery favourite set to sparkle in the gloom

Do Hong Kong’s long-suffering investors in initial public offerings finally have something to look forward to? The jumbo listing of Dr Cheng Yu-tung’s jewellery retail empire has been widely flagged and heavily anticipated. read

I was interviewed on Bloomberg Television again this morning by Rishaad Salamat on his “On The Move Asia” show. read