Neither quantity nor quality

What a difference a few years can make. Initial public offering volumes are sharply down in Hong Kong, while some markets in Southeast Asia appear to be enjoying a revival not seen since the 1997 financial crisis. I have mentioned earlier in Money Post on July 2 that much of this is due, at least in part, to the shrinkage of deal flow from China’s giant state-owned enterprises, which has generated much of the steady fee income for IPO bankers since the mid-noughties. read

Accountability should be across the board

There has been much talk over the past few weeks about the proposal by the Securities and Futures Commission to strengthen the regulation of sponsors of initial public offerings. Such sponsors, investment banks or brokers, oversee a firm’s application to list on the exchange. read

HONG KONG (Dow Jones Banking Intelligence) – Hong Kong’s securities watchdog, the Securities and Futures Commission (SFC), is understood to be about to issue a new consultation paper, in which it will propose tougher due diligence requirements – as well as harsher sanctions for IPO sponsors that fail to follow them. This is likely to face opposition on the part of the securities industry, although since banker-bashing remains in fashion, the new rules should ultimately see the light of day.

HONG KONG (Dow Jones Banking Intelligence) – Korean brokerage Samsung Securities Co. has now effectively largely shut down its international operations in Hong Kong – at the behest of its parent – following a major expansion just two years ago. At the same time, Japan’s Daiwa Securities Group Inc. and Mizuho Financial Group Inc. announced deep cuts in their overseas operations, totalling 200 and 300 redundancies respectively. We look at the reasons why – and at what’s in store for Asia’s smaller capital markets players. read

HONG KONG (Dow Jones Investment Banker) – An analysis of the licenses awarded to investment banks in Hong Kong provides a good overview of the front-office resources available to each of these firms – with a few surprises. It also gives a clue as to how licensees are supervised by senior employees and shows how some firms effectively rely on scarce resources for IPO work as new issue sponsors. read

China’s A share market – a tough nut to crack

HONG KONG (Dow Jones Investment Banker) – The Royal Bank of Scotland’s and Citi’s announcements this week that they had joined the rather exclusive list of foreign banks trying to crack the booming market for underwriting in China merely points up the limited inroads made so far by most of the would-be entrants. If anything, the advantage tends to run increasingly in favor of domestic Chinese underwriters.

China’s IPO sponsors in the spotlight 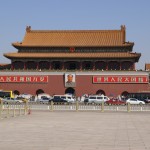 HONG KONG (Dow Jones Investment Banker) – Naming and shaming hasn’t worked to prevent fraud by Chinese companies going public. After a string of cases on Mainland exchanges and internationally, where companies also reported sharply lower earnings within weeks of their IPOs, the China Securities Regulatory Commission (CSRC) is putting a new onus on lead underwriters to weed out less scrupulous sponsors and restore confidence in the markets. It’s a welcome move, albeit a little late.

HONG KONG (Dow Jones Investment Banker)- The report from Hong Kong’s Securities and Futures Commission (SFC) this week couldn’t have come at a more awkward time. Just as Singapore is mounting a challenge to Hong Kong’s dominance in Asian equity capital markets, the regulator has chastised brokers and banks for failing to meet standards as IPO sponsors. Hong Kong Exchanges and Clearing Ltd. (HKEx) thus finds itself in the spotlight at the same time it needs to defend its market share.