Forget WikiLeaks. Today’s bombshell is an internal presentation by banking giant UBS that provides advice to some of its front-office employees in Switzerland on how to dress and groom themselves for success. read

Www.ipo-book.com wishes you the very best for Christmas and the New Year! 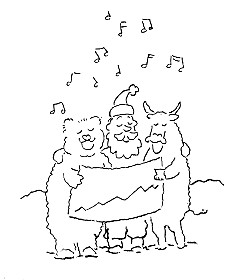 2011 will see the publication of the book in both English and Chinese, as well as in e-book format. Do continue to visit us regularly as the blog remains (very) active in the meantime…

Following a week of roadshows across Asia’s main financial centres, Brazil’s Vale, the second largest diversified mining company in the world by market capitalization, listed on 8 December 2010 both common depositary receipts and Class A preferred depositary receipts on the Main Board of the Stock Exchange of Hong Kong, by way of introduction.Vale is the largest non-financial Western company to be listed in Hong Kong and was also the first-ever corporate to list Hong Kong Depositary Receipts (HDRs). read

The Securities and Futures Commission (the SFC) and the Stock Exchange of Hong Kong launched a joint consultation on 3 December 2010 on proposed changes to the requirements for property valuation disclosure in prospectuses and circulars for issuers and listing applicants. read

Foreign listings in Tokyo fall to lowest level since 1985

According to its website, the number of foreign companies listed on the Tokyo Stock Exchange (the TSE) has fallen to its lowest level since 1985. The highest number of foreign listed corporates was 127 in April 1991, although this has now dropped to 12 (ten of which only on the First Section of the TSE), with the recent de-listings in 2010 by Aegon N.V. from the Netherlands, UBS from Switzerland, and Deutsche Telekom AG from Germany. read

ADR trading in Singapore picks up over US platforms

General Motors Company (GM) announced on 26 November 2010 that the value of both the common and preferred stock sold in its IPO by its selling shareholders, including the US Department of the Treasury, reached US$23.1 billion, following the exercise of the over-allotment options under both offerings. read