A shift of sentiment in Asian ECM?

HONG KONG (Dow Jones Investment Banker) – What a difference a year makes. In 2010, there was a bumper harvest for new equity issues. That’s not so in Asia this year.

Signs pointing to deterioration in sentiment in Asian ECM:

– International investors have been reallocating significant amounts out of Asian and emerging markets equity funds.

– A number of deals have been pulled or postponed, while those that have been completed have exhibited price sensitivity.

In 2010, some 1,400 IPOs, representing a total worth of about US$300 billion, came to market around the world – more than twice the number in 2009, according to Dealogic. Asia-Pacific issuers accounted for more than 60% of these listings by value, and eight of the top 10 IPOs worldwide came from the region, with multi-billion deals by Agricultural Bank of China Ltd, AIA Group, Dai-Ichi Life Insurance and Petronas Chemicals all making the headlines. 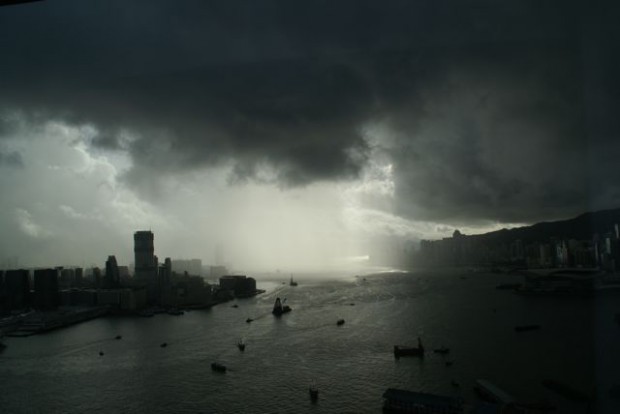 This year, however, inflationary concerns in India, Indonesia, Singapore and China, partly fuelled by high oil and commodity prices, together with interest rate hikes and political developments in North Africa and across the Middle East, have led to six consecutive weeks of flows out of emerging market equities by mutual funds. More than US$20 billion in investments was reallocated between mid-January and the end of February – the longest period of outflows since September 2008 according to EPFR Global.

Few deals have made it successfully to the pricing stage. The first IPO of the year in Hong Kong, by China Kingstone Mining Holdings, just closed for a rather modest US$167 million, while a number of deals across the region have been pulled, with issuers and sellers citing market conditions. These include an US$862 million equivalent business trust IPO by Perennial China Retail Trust in Singapore, a US$2.2 billion IPO in Hong Kong by aluminum producer Hongqiao Group (now coming to market again for half the amount, with a lower valuation and US$350 million committed by cornerstone investors), and a US$1 billion IPO in Hong Kong by hydro utility EuroSibEnergo from Russia. And in Indonesia, investors in the US$500 million-plus IPO of airline PT Garuda Indonesia are sitting on significant losses, which have prompted a significant downsizing in the government’s privatization plans.

Those deals for which the books did close have shown price sensitivity on the part of investors, in sharp contrast to 2010. While Hutchison Whampoa’s HPH Trust (Hutchison Port Holdings) managed to raise US$5.45 billion – remarkable for an IPO in Singapore – the price range was tightened from US$0.91-US$1.08 to US$0.99-US$1.03, even prior to the earthquake in Japan, before being finally priced at US$1.01. Kingstone’s IPO was priced at the bottom end of the indicative range. The Hong Kong IPO of Top Spring, a property developer from China, is currently being marketed at about half the valuation for comparables, equivalent to a P/E ratio of just above 4x, at the bottom end of the range.

Also notable is that issuers and their stakeholders are taking no chances when it comes to appointing underwriters. CVC Capital Partners has reportedly mandated no fewer than five bookrunners for the forthcoming US$1 billion IPO of Samsonite (as has Hongqiao for a deal of roughly the same size), while China Everbright Bank, which conducted one of the world’s largest IPOs in 2010 with a listing in Shanghai, is said to have selected up to 10 houses, including three to four as bookrunners, for its planned multi-billion dollar offering in Hong Kong.

Other markets around the region have also seen little ECM activity aside from convertible bond offerings. Taiwan’s largest equity deal in more than a year was the US$282 million IPO of MStar in December. There have been few deals out of Korea too, other than a US$1.28 billion placement by Hana Financial, while India has been unusually quiet, with a number of IPOs postponed.

Those born in the Chinese year of the rabbit are said to shun gambling and to be conservative and wise. The new issue pipeline remains abundant and healthy, and demand will no doubt be found for eye-catching, liquid issues. But with investors becoming increasingly selective, other deals may need a reality check on valuation and market appetite.

(Philippe Espinasse worked as an investment banker in the U.S., Europe and Asia for more than 19 years and now writes and works as an independent consultant in Hong Kong. Visit his website at https://www.ipo-book.com. Readers should be aware that Philippe may own securities related to companies he writes about, may act as a consultant to companies he mentions and may know individuals cited in his articles. To comment on this column, please email djinvesment[email protected]).

[This article was originally published on Dow Jones Investment Banker on 15 March 2011 and is reproduced with permission].