An unwelcome spotlight on the Greenshoe

HONG KONG (Dow Jones Investment Banker) – The greenshoe may find itself in the spotlight as institutional shareholders and governments agitate over fairness and fees. This would be an unwelcome development for investment banks.

A greenshoe is a simple but largely misunderstood mechanism used to stabilize the price of a new equity issue. Its name derives from that of the first company for which an over-allotment option was devised, Greenshoe Manufacturing of the U.S. (now Collective Brands Inc., the makers of Saucony and Sperry Top-Sider footwear). 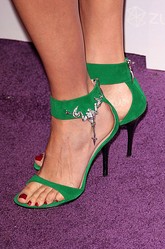 Some market participants argue that the practice is questionable as it artificially props up share prices, can generate further economics for ECM syndicates and also attract substantial fees despite limited risk- taking. Such criticisms may become more widespread as the Institutional Investor Council’s report in the U.K. this week has brought to light what some investors say are unacceptable levels of commissions for certain types of ECM transactions.

Investment banks, meanwhile, point to market practice and the extensive use of the technique for both IPOs and follow-on offerings.

Many ECM offerings are split between a “firm,” or “base,” amount of shares and an option, usually around 15% of the base offer size. Both are allocated in the same way, typically to institutions only, after pricing. In most markets (although not in the U.S.), the shares used to allocate the option are borrowed by the stabilizing manager, usually one of the bookrunners, from one or more shareholders of the issuer .

Although strictly regulated in most countries through “safe harbor” rules, stabilization can be controversial.

It is sometimes contended that it prevents the market from finding a natural level between buyers and sellers, as share prices are artificially supported in the immediate aftermath of ECM transactions.

Rather perversely, stabilizing an offering that has started to trade down will generate profit for the syndicate, as shares are brought back at a price below that at which they have been allocated.

Borrowing agreements entered into to allocate greenshoes are also made at no cost to the banks which say that such shares are locked-up in any event following the offering, and that stabilization is also conducted for the benefit of the company and its owners.

More contentiously, full commissions are charged to issuers and selling shareholders on the portion of over-allotment options that have been exercised. While greenshoe shares are undoubtedly allocated – and therefore sold – to investors, as are the firm shares, charging the management and, especially, the underwriting commission components in addition to the 60% selling concession portion, of the gross fees is perhaps difficult to justify for stock that has been borrowed free of charge.

Some governments have unsuccessfully tried to query this in the past in the case of privatization offerings. However, precedents remain overwhelmingly in the banks’ favor, and over-allotment options invariably continue to attract full fees.

As boards of many equity issuers are now being advised by independent advisers, this might change, but perhaps initially only for a few large and prestigious “must win” ECM mandates. For now, however, issuers and their stakeholders will still be asked to pay.

[This article was originally published on Dow Jones Investment Banker on 18 December 2010 and is reproduced with permission. It also appeared on WSJ.com, the website of The Wall Street Journal]