HONG KONG (Dow Jones Investment Banker) – As chatter increases, Glencore International AG remains tight-lipped about its IPO plans. Some of what has filtered over the last few days, however, offers a clue as to what its US$10 billion to US$15 billion offering and dual listing might look like, and suggests it could come next month, just before the Easter break. 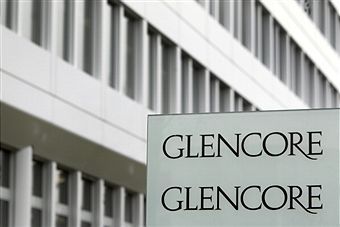 It has reported 2010 revenue of just below US$150 billion, with EBITDA of US$6.2 billion and net income of US$3.8 billion excluding exceptional items.

In December 2009, Glencore issued a US$2.2 billion going-public convertible bond through Citigroup and Morgan Stanley that gave the company a pre-conversion equity value of US$35 billion, equivalent to 9x its 2009 EBITDA.

The company has reportedly appointed Citi, Credit Suisse and Morgan Stanley as lead banks for an IPO of part of the company, said to amount to up to US$15 billion, with a dual listing on the London Stock Exchange and the Stock Exchange of Hong Kong.

The LSE has always channeled good demand for commodity plays, and Hong Kong is increasingly following suit in light of China’s resources needs. The HK dollar/US dollar peg also fits an issuer conducting its business and reporting in US dollars. Given the size of the deal, liquidity should be assured in both markets, even though flow-back to one of the exchanges will inevitably occur over time. That a research analyst presentation was held in London rather than in Asia seems to indicate that the LSE will be the primary listing location.

Glencore, which restricts access to its full financials, reported its 2010 results and held a conference call for creditors on 3 March. Its 76-page annual report didn’t include reference to the IPO, and no web proof information pack (WPIP), effectively a draft prospectus, has yet been posted on the website of HKEx in Hong Kong.

Market sources indicate that management just briefed research analysts in London, with Bank of AmericaMerrill Lynch, Barclays, BNP Paribas, Deutsche Bank, Goldman Sachs, JPMorgan, Liberum Capital, Societe Generale and UBS reportedly in attendance, in addition to the current three lead houses. Some of these (Goldman and Merrill have been mentioned) may still be vying for a top-line role, and this will need to be decided over the next couple of weeks.

It would make perfect sense to brief analysts who were writing pre-deal research at the time of releasing the results; if this was indeed the case, it would point to investor education starting in perhaps two to two- and-a-half weeks. This two-week pre-marketing period would be followed by two weeks of bookbuilding, with simultaneous roadshows around the world (most likely via a Rule 144A private placement in the US), and the retail offer taking place concurrently with the last week of institutional placement.

Listing and start of trading could therefore come in the week of 18 April, as the lead banks and issuer try to wrap things up before the Easter holiday weekend.

Should it miss that window, the marketing phase would then have to shift to May. This, however, would require additional work by the accountants as the year-end accounts will go stale.

Now would also be a good time for Glencore to finalize discussions with potential cornerstone investors, so that their commitments are evidenced in the preliminary prospectus. Meetings with China Investment Corp (CIC) and the Qatar Investment Authority (QIA) were rumored last week. Other names – including Temasek Holdings, the Abu Dhabi Investment Authority (ADIA), the Kuwait Investment Authority (KIA), John Paulson’s hedge fund (which has just agreed to take a US$350 million position in Hutchison’s HPH Trust in Singapore) and a cohort of Hong Kong tycoons – will no doubt also be on the radar screen of the bookrunners.

No names of Japanese banks have so far been mentioned, hinting that perhaps no public offering without listing (POWL) to retail accounts in Japan will be conducted – which could also be a stretch timing-wise. Although not strictly needed, this would be unusual for an ECM transaction of this size in Asia. Or it could be the case that any houses appointed in such a role were given no additional limited responsibility internationally (which would also be uncommon).

Despite its size, Glencore is not that well-known a name among the public in Hong Kong, and the lead banks might seek permission from the authorities there for lower claw-back triggers to be applied. It’s doubtful, however, that it would seek to offer and list Hong Kong depositary receipts (HDRs) rather than shares, given the lack of enthusiasm for Vale S.A.’s HDR program.

While it’s still early days, and information remains patchy, Glencore’s IPO will be closely watched by market participants and commentators; the first mega-deal by a European equity issuer in Hong Kong is just too eye-catching to ignore.

[This article was originally published on Dow Jones Investment Banker on 4 March 2011 and is reproduced with permission. It also appeared in The Source, WSJ.com Europe’s home for rapid-fire analysis of the day’s big business and finance stories].