2011 was a year marred by extreme volatility in markets, an earthquake and tsunami that disrupted global supply chains, renewed inflationary worries in Asia and, above all, the near collapse of the euro zone.

These dramatic events took their toll on activity on the Hong Kong exchange: 69 companies raised a total of US$32 billion in initial public offerings on the Stock Exchange of Hong Kong (HKEx) last year, down 44% from 2010, according to the World Federation of Exchanges. Even so, Hong Kong retained its number one ranking for IPO funds raised, ahead of Shenzhen and the NYSE Euronext.

The first quarter was quiet enough, as Singapore stole the limelight with the US$4.5 billion listing of Hutchison Whampoa’s port business, HPH Trust – whose performance ultimately proved disappointing. However, activity quickly gathered pace with successive listings for Hui Xian REIT, the first-ever yuan-denominated equity security in Hong Kong, as well as the US$10 billion flotation of Swiss commodities broker Glencore.

Other notable trends last year included more listings by international issuers, a weak performance for IPOs, subdued retail demand and the increased use of techniques aimed at gathering investor demand at an early stage.

Strategies for a tough climate

One important trend was the increasing number of listings by international companies, as the exchange tries to reduce its reliance on the mainland. As of the end of December, mainland Chinese companies accounted for 43% of the number of companies listed on HKEx, 56% of the market capitalization and 68% of the total equity turnover in Hong Kong. At the time of writing, the Stock Exchange of Hong Kong had recently recognized 18 new jurisdictions in which candidates for listing can be incorporated, in addition to Hong Kong, mainland China, the Cayman Islands and Bermuda.

Some of these foreign offerings numbered among the top 10 deals by volume this year, including those of Prada (US$2.5 billion) and Samsonite (US$1.3 billion). What was particularly interesting, though, was that while the flotations for these international companies listed on HKEx were all rather sizeable (between US$800 million and US$2.5 billion), the ensuing average daily trading volumes were low, especially in relation to the free float – and in most cases below US$5 million equivalent – pointing to a lack of aftermarket interest on the part of investors. 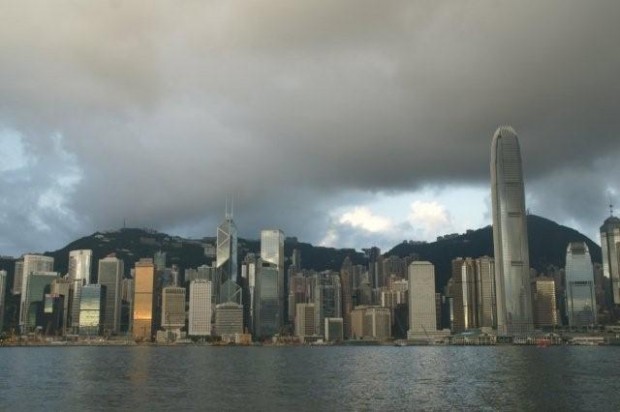 Also notable were innovations such as the listing – again, with mixed success – of Hong Kong’s first business trust (PCCW’s HKT). That structure has traditionally only been offered in Singapore, and was accepted by the Hong Kong exchange’s listing committee after considerable debate and scrutiny. We might see more of these in 2012.

Overall, very few major Hong Kong IPOs posted a positive performance, the notable exception being that of hypermarket group Sun Art Retail (whose shares had risen more than 35% from its offering price at the time of writing). Even CITIC Securities, which initially traded above its offer price thanks in part to post-IPO stabilization, dipped below water towards the end of the year. Participation by retail investors was weak; the claw-back triggers that automatically increase the size of a public offer in line with its over-subscription were only rarely activated.

As a result, a record number of deals were pulled, delayed or altogether postponed in Hong Kong last year, as was the case globally. Sometimes these offerings were retracted at a late stage and in rather spectacular fashion, as for example when Australian miner Resourcehouse withdrew its IPO on its fourth attempt to launch an offering.

Yet despite the overall volatility, the year ended relatively strong. CITIC Securities closed a US$1.8 billion IPO towards the end of October, triggering renewed activity on the part of issuers and bankers. Dr Cheng Yu-tung floated his jewelry business, Chow Tai Fook, in a US$2 billion deal, which was followed by the US$1.3 billion H-share IPO of mainland insurer New China Life. But both failed to shine in the aftermarket, prompting broker Haitong Securities to pull its proposed billion-dollar offering after launch.

Smaller IPOs, such as those by menswear company China Outfitters or sportswear manufacturer Hosa, also resurfaced with smaller, cheaper and revamped transactions towards the end of the year.

With financial prospects still grim for the EU and the US and pessimism spreading to Asia, macro conditions seem likely to remain challenging in 2012. As was the case last year, transactions that are not subscribed on the first day of bookbuilding are likely to struggle. Expect to see, on top of large anchor orders, sizeable cornerstone investor tranches, with groups of major institutions and tycoons committing to buying large chunks of deals in exchange for pre-agreed allocations and a six-month lock up, as they did in the fourth quarter.

After winnowing over the last year, deal sizes and valuations are likely to remain more palatable. Re-launched transactions may find they need to shorten their timetables and on occasion set a fixed price to create momentum with investors.

One case in point was jeweler Chow Tai Fook, which originally mulled an IPO of at least US$3 billion to top that of Prada. The jeweler ultimately made do with a smaller transaction, priced at the bottom end of the indicative range and equivalent to a 2013 price-to-earnings ratio of about 15 times – roughly half its original goal.

Expect more sizeable underwriting syndicates too, as issuers take no chances to gather investor demand. The re-launched IPO of China Outfitters is a good example: Originally a US$340 million deal led by one house, the offering resurfaced as a US$145 million, fixed-price IPO marketed over four days only and by no less than five bookrunners. In addition, half of the offering consisted of early demand by cornerstone investors.

With markets still jittery, some companies that are already listed in other jurisdictions (and whose register already includes the requisite minimum number of 300 shareholders) may choose to take the more radical approach of securing a listing by way of introduction – in which no new funds are raised and no new shares issued – with a view to perhaps issuing or selling securities at a later stage only. Hong Kong saw its fair share of those deals last year, including by Kazakhmys from Kazakhstan, Coach from the US and Courage Marine from Singapore.

Overall, 2011 was a year most IPO issuers and brokers will probably prefer to forget. But while volatility may continue in 2012, the pipeline of new issues remains extremely strong. Many businesses now need equity, and perhaps as many as 100 companies – a number of them international – were in discussions with HKEx at the end of the year.

Investors will no doubt remain extremely selective this year. Provided some improvement on the macro front, however, 2012 could prove to be a busy vintage.

Philippe Espinasse is a former investment banker and now a writer and independent consultant in Hong Kong.