Successfully closing IPOs is challenging in these tricky markets. Hong Kong has had its fair share of new listings pulled, delayed or altogether indefinitely postponed over the last year or so. The Securities and Futures Commission’s response has been to turn the screws on new issue sponsors and, now, on auditors.

What is also needed, I would argue, is more flexibility to generate investor demand for these transactions.

Take retail investors. Hong Kong is the only market in the world I know of to apply claw-back triggers. This effectively means that the size of the offer to the public (rather than to institutional investors), which is traditionally set initially at 10% of the total deal, increases in sync with its amount of over-subscription. So, if that 10% tranche is subscribed more than 15 times, its size increases to 30%. If it’s covered more than 50 times, this jumps to 40%. And it can even reach 50% if the retail offering is more than 100 times subscribed.

On occasion, these triggers can be lowered for very large, multibillion dollar deals, so that the public offer doesn’t become unmanageably large in monetary terms. But it has been a long time since this mechanism was triggered for a sizeable IPO. One of the last deals where this was activated in recent times was the IPO of MGM China, in May 2011. This was a fairly isolated event.

The Hong Kong exchange published a survey in April 2012 that concluded that the participation of public investors (in absolute terms) in the stock market had reached an all-time high. However, other statistics available on its website show that, on a relative basis, retail investors’ share of cash market trading has fallen from a high of 34% in 2003-04 to 22.3% in 2010-11. In other words, hedge funds and sovereign wealth funds have replaced Mr and Mrs Wong at the betting counters. 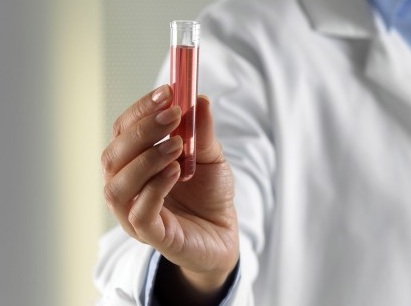 The reality is that rules that were in place to channel the wall of retail demand that flooded the market during the great China IPO boom of the early noughties no longer serve much purpose. In most other markets, retail offer tranches are mid to high single digit in percentage terms. In an ideal world, issuers and their underwriters should be free to set this level as they see fit. Deals appeal to different classes of investors and it may not necessarily be appropriate to systematically lock-in such a high public allocation (margin lenders and retail brokers have another view as they make their living from the public market).

Cornerstone investors are another issue. Unlike in Singapore, Hong Kong continues to insist that cornerstone allocations be locked up (that is, to promise to not sell their shares) for six months following an IPO. But in these volatile markets, many institutional accounts remain wary of such a commitment. This can result either in transactions that fail to secure cornerstones and, accordingly, are unable to generate early momentum (think Graff Diamonds) – or in deals that end up well subscribed in advance by friends and family or industrial companies only, rather than by bona fide market participants (think Milan Station or Huadian Fuxin).

IPO bankers and both their corporate and institutional clients would benefit from new rules. For example, lock ups could be waived for all or part of cornerstone allocations, to secure significant commitments from well-known, quality institutions that have a long-term horizon.

[This article was originally published in The South China Morning Post on 25 June 2012 and is reproduced with permission.]