HONG KONG (Dow Jones Investment Banker) – News that Manchester United plans to list 25% to 30% of its shares in a US$1 billion IPO on Singapore’s SGX came as a surprise – HKEx was very much expected to play host to the club, rather than Singapore’s smaller listing venue. A long-standing global focus at the exchange and clever marketing, as well as technical factors, may explain the decision.

The club’s owners, the American Glazer family, have been looking to cash in on their 2005 investment for some time. A flotation in Asia had been on the cards, but Hong Kong was generally thought to be the location of choice, as it was recently for several global consumer plays, including luggage maker Samsonite International SA and Italy’s Prada S.p.A. Other well-known names, such as fashion accessories retailer Coach Inc. and motorcycle manufacturer Ducati Motor Holding S.p.A., have expressed interest in listing there too, in part to capitalize on China’s love affair with brands. 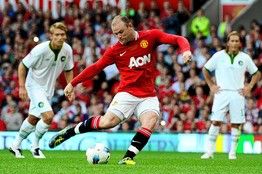 So what are the reasons why the owners – according to people familiar with the situation – have selected Singapore? Despite all the recent hype, Hong Kong principally remains a gateway to China, rather than a truly global financial hub. Only recently have international corporates been able to list there, while Singapore has, for years, welcomed issuers – truth be said, often of a more modest size – to tap investors for equity. Many of Manchester United’s estimated 190 million fans in Asia (out of more than 330 million globally) are based in ASEAN countries too. And Singapore has also recently staged major sporting events, such its Formula One Grand Prix, which have a more global appeal than the East Asian Games hosted by Hong Kong in 2009.

Technical reasons may also have played a part. Hutchison Port Holdings Trust listed on the SGX, following a US$5.45 billion IPO earlier this year, because Hong Kong had no legislation in place at the time to quote such an instrument. Similarly, HKEx’s requirement for a profit could have helped make Singapore a better option for Manchester United. But despite the club’s parent pre-tax loss of US$179 million for the financial year ended 30 June 2010, with revenues of almost US$257 million it could arguably have easily satisfied at least one of two alternative tests with respect to market capitalization, revenue and cash flow.

It may perhaps also have been felt that an issuer from a sector so far unseen in Asia might receive a warmer welcome from the SGX than from HKEx’s generally more finicky listing committee.

As was the case with Prada’s IPO, investors are unlikely to pay too much attention to valuation. The global appeal of the brand, coupled with the emotional link of investing in one of the world’s most famous soccer teams, are likely to overcome pretty sad fundamentals. Of late, turnstile, television, sponsorship and kit sales revenues have been much dented by soaring costs. The cost-to-income ratio of many an investment bank would pale in comparison with Man U’s eye-watering wage bill and the costs of attracting and retaining players. Substantial interest payable on almost US$970 million of debt, and the further impact of currency and interest swap losses, haven’t contributed to making this a profitable venture either – on top of a lack of player sales to other clubs.

Credit Suisse is said to have landed the IPO mandate on a sole basis and started work on its execution for a fourth-quarter launch, subject to market conditions. Morgan Stanley, a bank that has historically focused more on North Asia IPOs, as well as on block trades, and UBS, are also said to be close to the deal. Others will be circling too – although perhaps not Nomura, which advised the Red Knights supporter group when it discussed an attempt to take over the club in 2010.

Expect vice-chairmen and other senior bankers to be paraded around and to trumpet their credentials for a share of the bookrunner fee pie. One or more Singapore commercial banks will also need to feature, to coordinate what could perhaps be an unusually large retail offering there.

Sports IPOs have generally had a pretty dismal record for investors. It will be interesting to see whether Manchester United’s proves to be any different.

[This article was originally published on Dow Jones Investment Banker on 17 August 2011 and is reproduced with permission. It also appeared on WSJ.com, the website of The Wall Street Journal. According to IFR and Reuters, and since the publication of this column, JPMorgan and Morgan Stanley have been added to the deal as joint bookrunners, alongside sole global coordinator Credit Suisse. Bank of China International (BOCI), Malaysia’s CIMB, CLSA and Singapore’s DBS Bank have also reportedly been appointed as co-lead managers. According to Bloomberg, the presentation to research analysts is scheduled for the week of August 22, which would imply investor education starting in September, and the deal possibly closing later that month, or in early October – all obviously subject to market conditions]