Last week’s news was all about Goldman Sachs and Bank of America materially trimming their investment banking platforms in Asia, as margins for bulge bracket houses in the region have gradually eroded in the face of intense competition by Chinese brokers.

And, indeed, it should come as no surprise that firms from the Mainland now dominate the IPO landscape. Hong Kong remains the top jurisdiction for new issues by a very significant margin, but it has now become a market pretty much exclusively dedicated to deals by Chinese issuers. And these are ever more led by Chinese banks, as well as increasingly sold to Chinese investors, with the volatility to match.

Once the gateway to China, Hong Kong has become a de facto playground of convenience for both Chinese buyers and sellers, all under the purview of Chinese financial houses.

The remarkable thing to me, however, is how quickly all of this has happened.

When I relocated to Asia as a capital markets banker now more than 16 years ago, the focus of international investment banks was pretty much exclusively on four markets, namely Hong Kong, Singapore, Taiwan and Korea. The first two were important hubs for the rest of the region, and generated more capital markets business than any other jurisdictions. The latter two, in turn, printed regular issues of ADRs and GDRs, many of which were in connection with privatisations in the financial or telecoms sectors.

For all its might and promise, the Mainland, then, was little more than a financial backwater. I recall that the country head for China at my firm was not even a managing director – and also spent a considerable amount of his time jostling for a promotion by explaining to his lords and masters in both Hong Kong and London how more aggressively other houses were in staffing what was only a frontier market (and with communist characteristics to boot!).

Similarly, a quick glance at the syndicates of lead banks for some of the early Chinese IPOs in Hong Kong is quite instructive. The only firm that was taken vaguely seriously at the time was Bank of China International, in no small measure because one of its investment banking MDs was – unusually – a westerner. And even then, BOCI was still seen by most market participants as a bit of a joke. 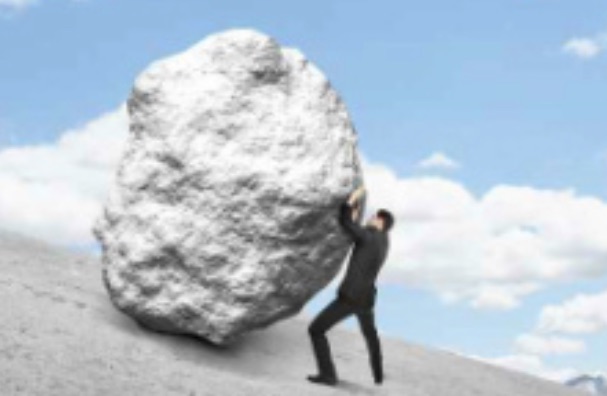 Other Chinese firms, with the exception of CICC (especially in deals where Morgan Stanley – then a 35% shareholder – featured), were largely included only as receiving banks, to sell shares to retail investors through their branch networks.

Of course, BOCI had to be one of the global co-ordinators in the IPOs of Bank of China (Hong Kong) in 2002 and Bank of China Ltd in 2006, but it was clear to everyone that Goldman Sachs and UBS were the ones in the driving seat in these transactions.

Similarly, in the IPO of China Construction Bank in 2005, Morgan Stanley was the top dog alongside CICC (and CCB obviously). And in the IPO of Bank of Communications that same year, BOCOM was not even a sponsor, global co-ordinator and bookrunner on the cover of the prospectus, letting Goldman Sachs and HSBC together bask alone in the glory of their success.

Fast forward five years, and it was still pretty much the same story: in the IPO of Agricultural Bank of China, ABC International and CICC were there of course, but the line-up of bookrunners was still overwhelmingly western, with Goldman Sachs, Morgan Stanley, Deutsche Bank, JPMorgan – and even Macquarie.

By contrast, Chinese brokers most recently accounted for about 60% and 75% of the bookrunners in the IPOs of Postal Savings Bank of China and China Merchant Securities respectively.

Indeed, it’s really only over the last five or six years that the likes of CITIC Securities, China Merchants Bank, Galaxy Securities, Guotai Junan, Haitong or ICBC have come to feature repeatedly in senior roles in underwriting syndicates in Hong Kong.

That’s quite remarkable considering the number of western houses (think Barclays, RBS or Standard Chartered, not to mention the now defunct Bear Stearns or Lehman Brothers) that have come and gone as notable players in regional equities, or even some of the Japanese firms that have had a loss-making presence in Asia for sometimes several decades.

In the wake of the sub-prime crisis, Wall Street’s and the City’s giants have slowly but surely seen their Asian franchises aggressively nibbled at by newcomers willing to make do with lower margins and tolerate higher levels of risk.

They may not have clever sector bankers or global research and distribution networks, but Chinese firms have capitalised on relationships honed by years of lending business and established political connections, as well as balance sheets propped up by repeated fund raising transactions (including an array of Hong Kong IPOs their western competitors were only too happy to underwrite, and sometimes even buy into themselves).

The juggernaut is coming – fast, and it’s hard to see what can stop it.