Trying us on for size

Hongguo International Holdings, a shoemaker and retailer based in Nanjing, is set to begin investor education for an IPO of US$200 million to US$300 million in Hong Kong. Book building is due to start towards the middle of next month, subject to market conditions.

Hongguo’s factories in Nanjing and Dongguan can make 2.7 million pairs of upmarket shoes targeted at fashion-conscious consumers under the C.banner and EBlan brands, and sells under the Naturalizer name through a joint venture with NYSE-listed Brown Shoe Company. It also distributes premium fashion labels such as Ermenegildo Zegna, Hugo Boss and MaxMara in eastern China. 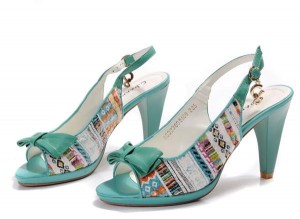 Hongguo’s boutiques and outlets in department stores represent 1,300 points of sale across the mainland, in particular in the cities of Beijing, Shanghai, Guangzhou and Nanjing, along with smaller centres in Jiangsu, Anhui, Shandong, Zhejiang and Fujian provinces. Hongguo also makes shoes for other brands, such as Nine West or Guess, which are usually exported.

What makes the IPO interesting is that Hongguo is one of several Chinese companies that were previously listed in Singapore and chose to relist in Hong Kong.

Previous examples have included Taiwanese food manufacturer Want Want, which exited the Singapore Exchange in 2007 and subsequently relisted on the Hong Kong exchange in 2008, after a corporate reshuffle. Similarly, Sihuan Pharmaceutical, a manufacturer of heart drugs, delisted in Singapore in 2009 to seek a quotation in Hong Kong last October with a US$741 million initial public offering.

Others, such as sofa maker Man Wah, and Midas, which makes aluminium frames for train cars but which, for now, also retains its Singapore listing, followed the same path last year.

In May 2010, Hongguo’s controlling shareholders made a voluntary cash offer to buy back all the shares of the company they did not own at 43.9 Singapore cents per share. That price represented a premium of more than 37 per cent to the last transacted price, and more than 119 per cent to the offer price at the time of the company’s IPO in 2003.

Hongguo appeared on Forbes’ list of “Asia’s Best 200 Under A Billion” in 2007, but it gradually ran into share liquidity issues. In recent years, trading in the stock has slowed to a trickle. This resulted in low coverage by sell-side research analysts, which in turn negatively impacting valuation.

In 2009, Hongguo reported revenue of 1.1 billion yuan (HK$1.34 billion). Net profit was 79.6 million yuan, down 25 per cent compared with 2008, following an uninterrupted period of growth in earnings since the group’s initial flotation.

The main comparable listing to Hongguo on the Hong Kong exchange will be Belle International, which is also one of its major competitors. Belle has performed well, but is also a much larger firm, with 10 times as many stores.

Hongguo’s offering is more upmarket and its brands are well known locally, but it will be hard pressed to price anywhere near Belle’s trailing P/E of almost 30 times – especially as it will potentially be the first stock offered in an IPO in Hong Kong following the recent market turbulence.

While consumer stories remain in favour, IPOs are likely to continue to have a binary outcome as a result of extreme volatility. Market participants will also become more picky, as a heavy pipeline of large transactions hits the market in September and the coming months.

At the top end of the range, at least, the deal size looks ambitious, but Hongguo’s IPO still remains a mid-cap transaction that will struggle for visibility with investors. Management will have their work cut out on the roadshow to paint the stock as a product of China’s growth story, and its love affair with brands, if Hongguo is to avoid sharing the fate of China Outfitters, whose IPO was pulled in late June. At the time of writing, no cornerstone investors had been announced for Hongguo.

It’s still early days, and valuation will be key. But Hongguo may need to be priced cheaply to sell.