Xiangyu Dredging’s IPO could get stuck

HONG KONG (Dow Jones Investment Banker) – Xiangyu Dredging Holdings Ltd.’s IPO of up to US$105 million should be a pure play on public spending for transportation infrastructure in China. But while that sector is expected to grow significantly in coming years, and the financials are healthy, the structure of the market and the company’s small and relatively stagnant customer base raise issues with respect to the sustainability of its performance.

Xiangyu Dredging is a red chip company, initially incorporated in Hong Kong in 2002 under the auspicious name of Power Wealth Engineering Ltd. – although operations in the PRC started in earnest in 2007.

The sector is booming. According to the IPO prospectus, which cites a report from market-research firm Sullivan, the PRC dredging market by volume grew at a compound annual rate of 31.5% between 2006 and 2010. It’s expected to grow at a rate of 27.1% between 2011 and 2015, with the maintenance and environmental protection segments likely to expand even faster – although these currently only represent less than 20% of the industry and also a marginal proportion of Xiangyu Dredging’s business.

The market is very fragmented. As the largest private sector player in China, Xiangyu Dredging’s market share by volume was only 2.4% in 2010. So there would appear, in theory, to be a lot to go for. 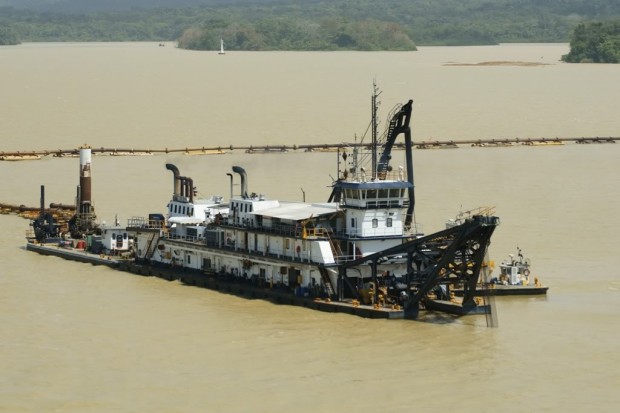 The financials are healthy and not in question. And the company emphasizes that it has strong client relationships, as well as a significant pipeline that includes large-scale projects with prestigious clients. A major assignment was added in Jingtang harbor in 2010.

But the prospectus also reveals that the firm’s main customers – largely much larger, state-owned enterprises – are also its competitors, and that the work it performs is basically awarded as a sub-contractor under short-term contracts.

Further, even if work is awarded under multiple, smaller tranches, Xiangyu Dredging’s five largest customers accounted for 99.3% of 2010 revenues, with the largest one representing 51.7% on its own. These percentages have actually slightly increased since 2008.

The company says it has had discussions to gain new customers, in particular in Wuhan, Yancheng and Dongying, but the mention of a several non-binding letters of intent and framework agreements merely point to the early stage of these developments.

The IPO, for which the retail offer has just started, is set to price June 13, with trading scheduled for June 20. The deal has been marketed at a price range of HK$3.19 to HK$4.07 per share, equivalent to a rather reasonable multiple of 8x to 10x earnings, valuing the company at US$420 million, excluding a 15% over-allotment option.

In contrast to other offerings currently in the market in Hong Kong, 86% of the deal takes the form of raising new capital, with clearly identified use of proceeds. The balance is a sell down by controlling shareholder and CEO, Liu Kaijin. As befits a mid-cap, the IPO is marketed under Reg. S only, so no stock will be offered to onshore US investors.

Rather curiously, while Morgan Stanley is sole sponsor of the transaction, it is not one of the underwriters. CCB International is the bookrunner, with GuotaiJunan as co-bookrunner.

At first glance, Xiangyu Dredging would appear to be a straightforward story in a fast-growing industry. But its reliance on a small pool of customers, and its limited ability to expand beyond that register, are a reasonable cause for concern.

The rumor mill has it that the IPO is proceeding satisfactorily. The launch of the public offer would appear to support this, but, as the river flows, Xiangyu Dredging could find itself trading under water.

[This article was originally published on Dow Jones Investment Banker on 8 June 2011 and is reproduced with permission].