A carpet ride to Tehran

As negotiators were busy hammering a provisional deal with Iran’s diplomats over its nuclear facilities, in a bold move, I travelled to the Islamic republic — and returned impressed. The country could well be on the cusp of major changes, but also presents interesting similarities (and differences) with China.

Iran is probably the emerging market you’ve never heard of, or at least one you haven’t spent much time thinking about. And for good reason. Since the storming of the American embassy in Tehran in 1979, the country has largely been living in isolation, on account of sanctions imposed by the West, including, most recently, an oil embargo on the part of the European Union.

But far from the gun-toting ayatollahs depicted in the movie Argo, I found a dynamic and often well-educated workforce that was also largely dismissive of the current regime. And while the media and the Internet are clearly tightly controlled (as they are in China), I hardly saw any police or military in the streets as I criss-crossed the country from South to North.

Disconnection from the Swift system (at the behest of the EU Council in 2012) means that Iran today is largely a cash economy. While the sanctions and assorted list of restrictions have no doubt taken a heavy toll, many Iranian businesses would appear to have found a way around them. One only needs to buy a carpet, or perhaps some item of jewellery, in the bazars of Esfahan or Tehran, to realise how easily one can pay with an international credit card (something that’s otherwise unthinkable in the Islamic republic), in UAE dirhams, and through a company in Dubai. The parallel with private banking accounts or companies owned in Hong Kong or Singapore by Chinese mainlanders to bypass restrictions adhering to the renminbi could not be more striking.

Iran is no minnow. With a population of 80m, its GDP per capita was US$16,500 in 2014, 28% more than China’s. While much of the country consists of deserts and mountains, the road and other transport infrastructure is good, and its location places it at the epicentre of the Europe-Asia trade routes (Shiraz — where it is, alas, impossible nowadays to sample the wine — in the South is only 75 minutes away from Qatar, while Tehran in the North is just over two hours from Dubai).  As in Beijing, traffic jams in the capital, where six million vehicles often bring circulation to a standstill, are legendary. 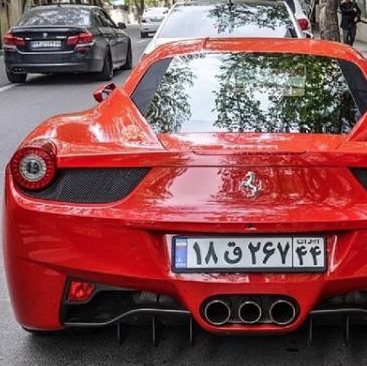 Unlike that of the neighbouring Emirates, however, Iran’s economy is much more diversified. Yes, there’s plenty of oil and gas in the ground, but 35 years of isolation have also meant that a wide variety of home-grown industries have been able to develop. These include metals and mining, telecommunications, motor vehicles and auto parts, pharmaceuticals, or engineering.

Particularly telling is the number of banks. Tehran must have the highest density of financial institutions of any major city I have ever visited, and pretty much all of these are geared towards the domestic market. All industry sectors are also fairly evenly represented on the Tehran stock exchange, the country’s largest and oldest (first established in 1968), in sharp contrast to a market like Hong Kong, where financials and property stocks still dominate.

The markets of the Middle East have experienced a bit of a renaissance over the last year or so. Dubai has become active again, after a prolonged period of inactivity, while Saudi Arabia’s Tadawul is just about to open investment to international investors who, up to now, have had to rely on cumbersome swap arrangements to gain exposure to locally listed shares.

Like China, the Iranian stock exchange has had its ups and downs. Strangely, in the controversial days of President Mahmoud Ahmadinejad, it posted an impressive annual performance of +43%, while the main index posted a drop of 21% in 2014, bringing the market capitalisation to $116bn (about 15% of Singapore’s) at the end of last year. There’s some (relative) depth to the market too: the 10 largest listed companies only represent 35% of the total capitalisation. Trading is quite decent, with an average daily volume of just over $100m last March (although this reached $164m a year ago). Granted, this pales in comparison with some of the largest exchanges in Asia, but the days when the Philippine Stock Exchange only traded $30m per day are actually not far behind us.

There are 97 registered brokerage firms on Tehran’s stock exchange, no doubt all eager to take advantage of the lifting of the sanctions, should a final deal be clinched by the negotiators by the June 30 deadline, as is currently planned. Unlike China’s, however, Iranian stocks are cheap as chips.

With an average P/E of around 6x and a dividend yield of about 15%, there could be opportunities in store for investors in this largely ignored frontier market. And, also unlike in China, there would appear to be minimal restrictions for international investors to participate, assuming of course a positive outcome to the interim agreement reached in Geneva in early April. If it happens, the country could be headed for a significant and prolonged period of growth. And with a population that’s below 29 years of age on average, and keen to bring about changes, political reform might also soon follow.

Now could well be the time to take that carpet ride to Tehran.