Can the Malaysian tiger roar again?

What has happened to Malaysia’s primary equity markets? Once the darling of ECM departments, featuring highly successful multi-billion dollar offerings by the likes of Petronas Chemicals, Felda Global Ventures or IHH Healthcare, the Southeast Asia nation now languishes at the bottom of the regional league tables.

Malaysia’s most recent notable IPO, the $771m listing of power producer Malakoff, initially looked like a success, with no fewer than 11 cornerstone investors and an institutional tranche that was more than 10 times subscribed. But the stock has been a casualty of what was perhaps a volatile book, in spite of the participation of a number of big names. Market participants have also blamed too low a dividend yield, as the shares are now trading 2.2% below water, after pricing at the top end of the range, and amid significant stabilization activity.

In addition to this disappointing performance, several other developments probably help to explain Malaysia’s predicament. While widely contested national elections largely put a stop to issuance in 2013, 2014 wasn’t a bad year for local investment banking business. Much has since changed.

The first culprit is probably the ringgit, which over the last 12 months has experienced a 13% slide against the dollar, much of it due to the country’s reliance on oil and gas revenues, driving foreign investors away from a once-thriving Bursa Malaysia. 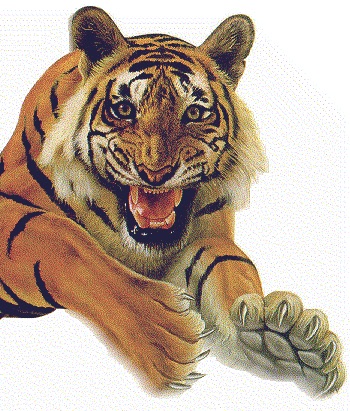 Another major issue, of course, has been the demise of 1MDB, the strategic development company set up by the government in 2009 and which had, over the space of just a few years, accumulated debt of RM42bn ($11.5bn), much of which under State guarantee. Its story has been one of mismanagement, governance failures and, above all, lack of transparency. The 1MDB scandal continues to weigh heavily over Malaysian politics and the confidence of investors in putting their money to work in the country’s markets, not least because 1MDB was seen as the brainchild of Prime Minister Najib Razak. In a recent visit to Kuala Lumpur, the topic pretty much dominated all the discussions with investment bankers, corporates, and asset managers.

A recent audit valued the sovereign wealth fund’s assets at RM51.4bn ($14.1bn) for the year ended 31 March 2014. These include significant land assets, in particular sites at the Tun Razak Exchange and Bandar Malaysia in Kuala Lumpur, as well as in Penang. They also comprise 13 power plants (once earmarked for sale in a high profile multi-billion dollar IPO) and desalination facilities. But unraveling the corporate structure and selling these off could take months, if not years, and continue to put a damper on the KLCI. The index is down 3.3% over the last 12 months, in sharp contrast to North Asia’s markets, led by mainland China and Hong Kong.

Local bankers also report that the managers of Malaysia’s considerable pool of institutional investors (which include a number of pension and Islamic funds), many of which routinely featured in the country’s equity offerings, have become more cautious and wise, and can no longer systematically be relied upon to help push offerings. In addition, much of the demand under the Bumiputra tranches reserved for ethnic Malays at the behest of the Ministry of Trade and Industry (for issuers who derive the majority of the earnings from domestic activities) now takes the form of retail orders, compounding aftermarket volatility.

Finally, a further explanation for the sorry state of Malaysia’s ECM affairs is to be found in the pipeline of deals. Not only are these few in number but, like Malakoff, many are also for the most part names that have been on the radar for a considerable period of time.

While the re-listing of Sunway Construction is ongoing (although modest in size, at up to $154m), Sime Darby Auto’s $500m flotation was indefinitely postponed earlier this year. Likewise, the $500m IPO of helicopter firm Weststar Aviation (which is partially owned by KKR) has been on the block for no fewer than two years. The lack of new candidates for listing no doubt also contributes to the overall lack of excitement among the financial community.

The question therefore is: where can new blood be found to provide much needed impetus, and make Malaysia a shining star again?