A hot time in the Citic

Citic Securities formally started book building for its US$2 billion Hong Kong float on Friday.  This is a marquee deal likely to generate a lot of interest. Investors have made a pile of money participating in IPOs of mainland financial institutions, and there is hope Citic can repeat that magic despite the challenging market conditions.

China Construction Bank’s shares rose 180 per cent in the two years that followed its October 2005 listing and US$9.2 billion IPO in Hong Kong.

The record-setting (US$21.9 billion) initial public offering for Industrial and Commercial Bank of China in October 2006 turned around what was then moribund sentiment for new issues in Hong Kong, setting the scene for a sustained bull market for Hong Kong IPOs that was ultimately scuppered by the 2008-09 financial crisis. ICBC and CCB would go on to become the world’s top two banks by market capitalisation.

Can Citic, a pure investment bank rather than a universal institution, repeat ICBC’s 2006 mini-miracle and likewise turn around an expiring Hong Kong IPO market? The early indications are positive: the full offer was covered ahead of its official launch, thanks to demand from anchor and cornerstone investors (of which there are six).

As always, pricing for the Citic deal will be the ultimate determinant of demand. The price for the A-shares provides an obvious reference point, and Citic has indicated a range from a discount of 13 per cent to a premium of 3 per cent. However, investors may also keep in mind the IPO record set by mainland financial stocks and the somewhat sexy marketing story in which Citic vies to become both a global securities powerhouse and China’s leading investment bank. 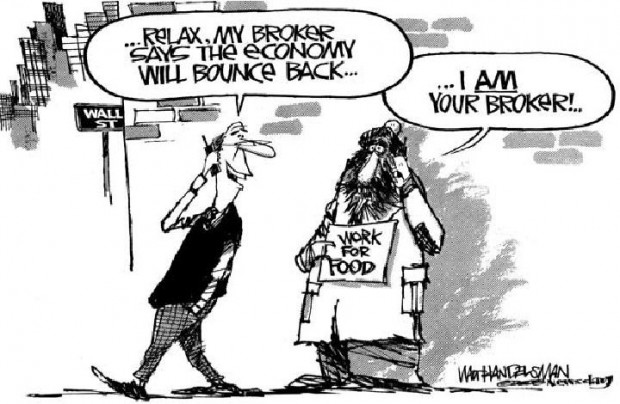 The secondary listing in Hong Kong will enable international investors to trade in the firm’s H-shares. Its A-shares have been listed in Shanghai since 2003. That listing values the firm at almost 120 billion yuan (HK$146 billion). The investment bank, with headquarters in Shenzhen, is 24.15 per cent owned by parent Citic Group.

Like its international counterparts Deutsche Bank, Goldman Sachs or UBS,  Citic is active across all segments of investment banking, and  a leader across the board on the mainland. Its activities range from providing advice on mergers and acquisitions to corporations and arranging debt and equity financing for issuers, to researching, selling, trading and broking stocks and bonds.

In addition, it manages assets on behalf of private and institutional clients, and invests in businesses with growth potential. Citic splits these between fee-based and flow-based activities but, like other Chinese investment banks, the firm is fundamentally a broker, as selling and trading securities account for more than half of its revenues.

Having led no fewer than 112 deals in capital markets last year alone, it has benefited from the activity in the mainland’s equity and debt capital markets, which have expanded at well over 35 per cent in each of the last five years.

This has helped Shanghai and Shenzhen become two of the largest financial centres in the world, both in terms of the value of stocks listed there and in terms of trading volumes.

Citic is big, with a healthy balance sheet. It had revenue of over 30 billion yuan (HK$36.6 billion) last year and a pre-tax profit of more than 16.3 billion yuan. To put this in perspective, that’s about half the profits generated by a global player, such as Barclays Capital, or more than twice those of a regional house, such as Macquarie.

Citic Securities, which is said to have explored the possibility of acquiring Bear Stearns in 2008, has plans for international expansion. Some 65 per cent of the proceeds generated through the capital raising will be applied towards establishing research, sales and trading desks overseas.

There may also be synergies to be derived from the acquisition last July of a 19.9 per cent stake in each of CLSA and European broker Chevreux, both owned by French bank Crédit Agricole.  Those acquisitions followed lengthy, but unsuccessful, discussions for the establishment of a joint venture.

The prospectus does not identify exactly where and in what areas Citic will concentrate for global expansion, and there are also questions on how seamlessly its and CLSA’s working cultures can be combined. While the firm has worked as one of the lead banks on a number of Chinese IPOs in Hong Kong, especially those that combined A- and H-share offerings, no doubt transactions involving equity capital markets there will be a priority of management, as will yuan IPOs, dim sum bonds and, when they finally take off, listings of Fortune 500 companies on Shanghai’s international board.

The deal offers the opportunity to invest in one of a handful of leading investment banks, in one of the world’s most active financial jurisdictions. Opportunities there should expand, too, as the mainland’s equity and debt markets open up further.

Citic’s international strategy is less clear at this stage, but joining the ranks of the bulge bracket will involve beefing up its global reach. The IPO should provide it with the necessary ammunition. Start of trading is on track for October 6.

Philippe Espinasse worked as an investment banker in the US, Europe and Asia for more than 19 years and now writes and works as an independent consultant in Hong Kong. He wrote IPO: A Global Guide, published by HKU Press.

[This article was originally published in The South China Morning Post on 19 September 2011 and is reproduced with permission.]