One of the perks of working in an investment bank is – or rather was – a fairly casual approach to expenses. Virtually everything is billable back to the employer, who directly or indirectly passes the expenses onto clients.

Investors might take only a passing interest in such matters. But those who regularly invest in initial public offerings might note that listing expenditure is deducted from funds raised. In other words, shareholders ultimately end up paying for IPO costs, including any expense-account padding that might unfold during the execution and marketing phases.

To be fair to bankers, they incur many (and mostly) legitimate expenses in the course of preparing and presenting an IPO to investors. These include taxis and meals taken at the office when staying late; or restaurants, flights and hotel bookings when travelling abroad. Travel policies vary for each firm, but financiers generally fly business class, stay in good hotels and are often ferried around in chauffeured cars. Exceptions are sometimes made in the case of short-haul flights or for junior staff, or when the head office decides to switch to cost-cutting mode – which can have an impact on morale, and usually doesn’t last for too long. 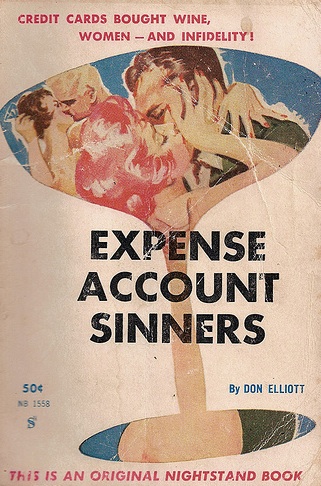 But banks directly pass to their corporate clients the main costs of an IPO, such as legal fees and roadshow expenses. What the banks are able to get away with all depends on what has been negotiated upfront with the issuer. Some companies – perhaps on the recommendation of an independent adviser – often include a cap on expenses as part of the mandate, or ask the banks to pick up the tab for some items.

Just a decade ago, sponsors and global coordinators would have been able to get away with an estimate of expenses incurred being drawn up and deducted – alongside their fees – from the proceeds paid out to the company on an IPO. This would then be reconciled down the line, in a process that could take several months and one where, as a young graduate, I was once asked by a greedy managing director to “add £10,000 for good luck”.

Those were the days when London-based capital markets bankers thought nothing of flying first class to Latin America for just one or two meetings, or of gulping caviar and champagne on a private jet to and back from a closing dinner in Stockholm (I am not making this up – the issuer subsequently posted a profit warning on account of IPO expenses that turned out to be higher than forecast).

Nowadays, expenses get reimbursed only after the offering has been done, and the client has been able to cast an eye on what has been charged to the deal. That’s not to say that abuses no longer occur. Some firms turn a blind eye so long as someone else is paying and it doesn’t harm their cost-to-income ratios. Post listing, legal and other advisers draw up timesheets that analyse their contribution and compare these to the invariably lower assumptions laid out in their mandate letters. They often end up asking for, and get paid, bumped up fees.

Some over-banked markets (think India or Korea or, increasingly, the mainland) have and are pushing back, asking banks to pay for everything – from their own legal costs to all the roadshow arrangements. In such cases, banks need to find diplomatic ways to limit the number of travellers from the issuer on the road, and more generally to salvage earnings from what can often also be very thin fees. Ouch!

[This article was originally published in The South China Morning Post on 27 August 2012 and is reproduced with permission.]