Around this time last year I wrote a preview of the IPOs expected to arrive on the Hong Kong market. It’s telling that most of those same deals are still in the pipeline, twisting in some interminable pre-launch marketing limbo.

Take, for example, the permanent saga of China Everbright Bank. The mainland institution eyed launch of IPO marketing in July 2011, hiring no fewer than nine banks to sell its US$6 billion deal. But conditions were choppy, so it pulled back. It sounded investors again this summer but last week it formally axed its much  reduced (up to US$2 billion) offer, citing a poor market. China Everbright joins Sany Heavy Industry and Graff Diamonds among other major issuers pulling big IPOs from the Hong Kong market this year.

True, Hong Kong’s new listings market is in a dreadful state. The city is on track to have its worst year for new listings in a decade. The few deals that arrive tend to trade down. Hongkongers have long looked to IPOs as a staple investment. New listings have traditionally given investors outsized returns to provide lift to their portfolios. Occasionally, a hot deal or a hot market works the whole city into a kind of mania. But not these days. The IPO market is on ice, and its absence is missed. Hong Kong’s largest IPO this year remains that of Inner Mongolia Yitai Coal for US$903 million equivalent. At the time of writing, its stock was trading some 2.8% below its already cheap IPO offer price. “The IPO market in Hong Kong remains challenging” sums up James Fleming, co-head of global capital markets, Asia-Pacific, at Bank of America Merrill Lynch.

Disappointing outcomes for over-hyped listings in the United States, such as those by Facebook or Manchester United, have also put a damper on the market’s appetite for IPOs – even beyond America’s shores. Most banks are sitting on a stack of mandates – mostly old deals that they have been unable to execute, and which are starting to pile up. The euro-zone crisis has also hurt Hong Kong’s IPO market, as has slowing growth in the mainland.

But there are local factors at play too. Most critically, investors lost money on a string of Hong Kong listings brought in late 2011. Furthermore, the institutional cornerstone investors who brought crucial backing to deals last year seem to have dropped out of the market. The nature of issuers coming to Hong Kong has also changed in recent years, and arguably not for the better. Gone are the large, liquid Chinese state privatisations of the mid-2000s that gave investors instant trading gains. IPO issuance from the state sector is below 30% of that total and is probably unlikely to go much above that mark.

In its place are smaller and more international, private-sector issuers who come to Hong Kong because they think they can get a higher price in this market. Investors also see un-generously priced deals arriving amid a backdrop of global economic news that veers between gloomy and alarming. The Hong Kong exchange now lets in issuers from 19 offshore jurisdictions, excluding the mainland, Bermuda and the Cayman Islands. But of these international issuers, only L’Occitane and Prada are currently trading above their offer prices.

Most of the others are also posting rather thin trading volumes in relation to their free floats. Rusal manages a meagre US$1 million in terms of its daily trading. The likes of SBI Holdings or Sunshine Oilsands trade on volumes of up to US$200,000 but, on some days, not at all. The fact no doubt fed into Sunshine Oilsands’ recent decision to seek another listing, in Toronto. It’s hard to see many more of these international candidates tapping the market in Hong Kong with sizeable flotations – at least in the short term. IPOs for Russian corporates En+ Group (Rusal’s parent), EuroSibEnergo or Centrobuv have been on the cards for a while, but the recent closing by Russian broker Renaissance Capital of its offices in Hong Kong and on the mainland hardly constitutes a vote of confidence for these transactions.

Indeed, a number of mid-sized brokers – some of which were arguably attempting to capitalise of what was expected to be a cross-border listing bonanza – have called it quits in recent months. Piper Jaffray of the US is pulling out of Hong Kong, while Samsung Securities, Daiwa Capital Markets and Mizuho Securities are drastically cutting their equity and capital markets operations in Hong Kong.

And yet, institutional investors cannot afford to remain out of the market for too long. They need to invest. Eventually they may help create momentum for deals that could also lure in Hong Kong retail investors. Indeed, the Hong Kong IPO market has always been intensely momentum driven, flickering from on to off on the smallest turns of economic news or trading data – and that volatility has also helped fuel one of the world’s largest markets for warrants. Certainly, the money is there and a long issuer queue is standing by. Eventually both will align. 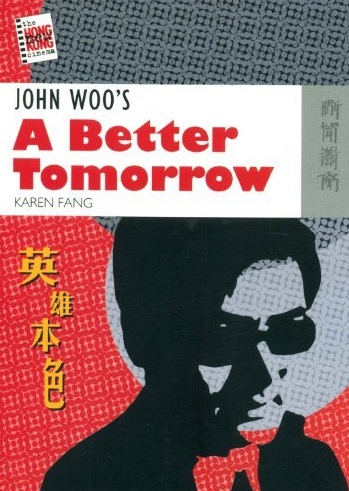 Asian fundamentals overall remain attractive, certainly as compared to Europe, and some attractive opportunities may be too hard to pass. A year-end IPO rush, as has been seen last year and in many other years, is always a possibility. “Issuers and investors need to be prepared for unexpected window openings. With stimulus plans potentially from China, Europe and the US, along with low current valuations (…) the potential for equity issuance will be very strong” says Marshall Nicholson, managing director, investment banking at China International Capital Corporation.

Corporates seeking a listing first, with shareholders selling down (or issuers raising capital) later – as Swire Properties has recently done – could therefore, for some, be a prudent strategy. Typically, the financial sector dominates the list of IPO hopefuls. This includes potential multibillion dollar deals for Guangfa Bank (previously known as Guangdong Development Bank), People’s Insurance Company of China Group (PICC), Taikang Life Insurance, Bank of Shanghai and Harbin Bank. In other industry sectors, a number of prospective issuers have already made attempts to tap investors in Hong Kong in prior months, and could feasibly return if sentiment perks up. These include XCMG Construction Machinery, Shanghai Fosun Pharmaceutical, China Railway Materials or Mongolian coal miner Erdenes Tavan Tolgoi.

Ultimately, what’s most needed is for one (or perhaps more realistically, several) high profile offerings to capture the imagination of institutional and retail investors – and to post attractive aftermarket gains, after significant oversubscription through high-quality books of demand.

That is more easily said that done, but Peter Burnett, chairman, global capital markets, Asia at UBS, sums it up pretty well: “There is plenty of cash, there is a history of great deals but investor confidence is thin on the ground at the moment. Once that is restored there will be no shortage of attractive IPOs”.

[This article was originally published in The South China Morning Post on 3 September 2012 and is reproduced with permission.]