Alibaba – the genie is out of the bottle

I now write “Clawback” for GlobalCapital (formerly known as EuroWeek), a new column dissecting topics in Asia’s equity capital markets. The following article was published on their website on 18 March 2014:

Alibaba has finally picked the US for its long-awaited IPO, which could top the $15 billion  mark. This followed a round-robin of exploratory permutations with a variety of listing venues, including Hong Kong’s HKEx, London’s LSE (with Prime Minister David Cameron said to have acted as luxury salesman, in a bid to woo founder Jack Ma to the UK), the NYSE and Nasdaq. The US option comes with advantages for Alibaba over Asia, but the real winners will be the banks.

The main reason for listing in New York is, of course, the possibility for Alibaba to proceed with a dual class share structure, which Hong Kong’s SFC and the exchange’s listing committee were not prepared to grant. In doing so, Alibaba will follow in the footsteps of Manchester United, which, after much scouting around, also ended up floating in New York to secure control for the Glazers. Solving the conundrum of raising capital while minimising dilution through an unequal share structure appears to be gimmick of the moment: Facebook had it (although Twitter didn’t), as will advisory firm Moelis, soon set to tap investors on the NYSE. 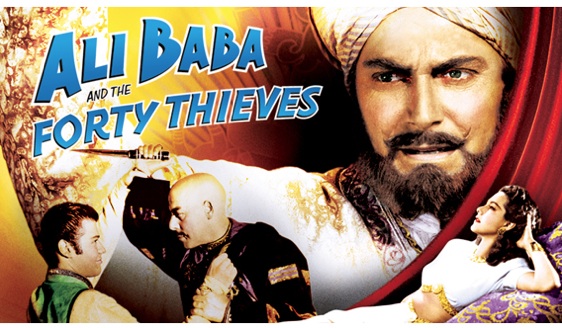 There will be other pluses with a US listing, starting with an investor base that understands internet companies and a raft of listed comparables that may help Alibaba secure a higher valuation. Financial disclosure may also be plainer sailing there, as accountants and legal advisers canvass a prospectus that will set out more than US$2.5 billion of acquisitions completed over the last year or so.

By not listing in Hong Kong, though, Alibaba is likely to forfeit the chance of a stable cornerstone tranche ahead of bookbuilding, a unique feature of new listings in Asia and key to de-risking IPOs in what still remains a buyers’ market. In addition, it will lose the opportunity of wooing local retail demand that would doubtless be attracted to such a high profile deal. Listing in New York would also imply no publication of pre-deal research (even if analysts there will conduct pre-deal investor education). That can often trigger messy adjustments to indicative price ranges in the run-up to pricing, as was the case with the Facebook float — and a phenomenon that’s largely unknown in Asia.

Judging by reports of the IPO mandate, executive vice chairman Joe Tsai and his team are to be commended for keeping the top line of the syndicate small, in sharp contrast to the sorry muddle we see in Hong Kong deals nowadays. Six banks, with five said to be on an equal footing, should make for relatively smooth execution and marketing coordination, unlike the free-for-all, ‘bring me a cornerstone’ arrangements we are used to seeing with large scale Chinese floats.

Twitter also wrapped up a $1 billion revolver last October, with the senior underwriters of its IPO one month later chipping in. When Numericable listed through a €750 million IPO on Euronext Paris in November, Altice raised its stake in the company from 30% to 40% in a deal that was financed by the one of the largest margin loans ever — most of which came from the senior syndicate on the IPO.

They have had to commit balance sheet, but the banks on Alibaba’s IPO are still likely to be the real winners. At 3.25%, the fees for Twitter’s NYSE flotation last autumn were said to be aggressive (although Facebook only paid 2.2%). But even that level would provide an embarrassment of riches for the lead underwriters on Alibaba, especially if the top line syndicate remains in single digits. Compare that to the 1.75% paid on AIA’s $20 billion IPO in Hong Kong in 2010, or, even worse, the 1.5% — with an additional 0.5% discretionary incentive, admittedly — paid on the $3 billion IPO of China Everbright Bank last December.

It remains to be seen which exchange will see the debut, but all will be revealed in the Form F-1 when it finally hits the SEC’s website, perhaps next April. Alibaba no doubt has the NYSE and Nasdaq furiously rubbing a lamp — and making a wish.