This was the latest in a string of initial public offerings in the city by international retailers and a handful of smaller companies from Japan. But Japanese issuers, however, should be in no rush to float in Hong Kong, which remains first and foremost a listing platform for Chinese issuers.

NOT QUITE RED CARPET

In recent years, in a bid to diminish its reliance on companies from the Chinese mainland, the Hong Kong stock exchange has moved to allow companies incorporated in 21 additional overseas jurisdictions to apply for listing, up from just China, Bermuda and the Cayman Islands. Those who have taken advantage include cosmetics chain L’Occitane – which has French origins, but incorporated in Luxembourg – and Rusal, a Russian aluminum producer incorporated in Jersey. The listings of luggage maker Samsonite and of Prada, a fashion label, in June 2011 led to a flurry of ‘branded’ candidates for listing in the territory, very few of which ultimately started trading on the HKEx.

To date, 33 international companies have chosen to list in Hong Kong. Some of these, however, are Chinese companies registered in the British Virgin Islands or other offshore jurisdictions. Two international issuers ­- Sino Gold Mining from Australia and Germany’s Schramm Holdings – have since delisted. Others, such as Canada’s Sunshine Oilsands, have subsequently sought an additional listing closer to home.

Japan has produced three listings. Broker SBI Holdings was the first, in April 2011, issuing depositary receipts in Hong Kong linked to its primary listing on the Tokyo Stock Exchange. Pachinko operator Dynam Japan followed in August 2012. The possible listing in Hong Kong of Baroque Japan, owner of the Moussy brand, widely rumored in the aftermath of Prada’s IPO, did not materialize though Belle International, a company already listed in Hong Kong, bought almost a third of Baroque last year.

SBI and Dynam have achieved mixed results. On March 4, SBI’s board of directors announced that the company would withdraw its Hong Kong listing in June due to very low trading volumes on the Hong Kong bourse. Trading at one point reached 9.1% of issued shares but more recently the figure has fallen to about 0.05%. Dynam has fared better. Its share price has doubled since its flotation and it now posts healthy trading volumes too. But its share price also languished amid low trading until last summer when the company subscribed as a $35 million cornerstone investor in the IPO of Macau Legend, a casino hotel owner whose stock has since trebled. Dynam shares have also benefitted as prospects for the legalization of casino gambling in Japan have improved.

Fast Retailing’s listing in Hong Kong may help create buzz in support of its plans to expand its overseas operations even if it does not lead to much share trading. By listing its shares by way of introduction – that is without issuing new shares or selling down a stake – liquidity will largely rely on Morgan Stanley’s efforts as designated dealer. Fast Retailing’s listing document though cites the risk that “an active trading market in Hong Kong might not develop or be sustained.” Institutional investors looking to buy or sell in volume will naturally turn to the Tokyo Stock Exchange as the most active marketplace. It is likely that liquidity in Fast Retailing’s Hong Kong depository receipts (trading in which initially accounted about 5% of its issued shares) will soon dwindle. 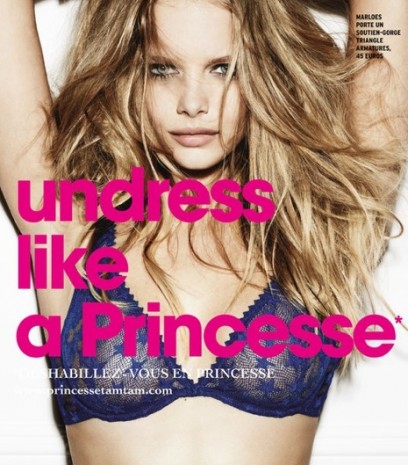 International companies that have similarly pursued a secondary listing in Hong Kong have generally seen poor trading activity. Only 0.02% of the shares of U.K. insurer Prudential shares are traded in Hong Kong. A similar percentage trades for Vale, a Brazilian miner. Even companies that have actually issued shares in Hong Kong as part of an IPO primarily conducted on another market have achieved paltry results: only 0.37% of commodities broker Glencore Xstrata’s shares appear on the Hong Kong exchange’s clearing register. Like Prudential, its primary listing is in London.

Japanese brands may have a bright future in Hong Kong. The companies that own them will find it much more challenging to entice the city’s notoriously fussy – and almost exclusively China-centric – investors.

Philippe Espinasse was an investment banker for almost 20 years and is now an independent consultant in Hong Kong. He is the author of “IPO: A Global Guide”. His new book, “IPO Banks: Pitch, Selection and Mandate” will be published later this year.

This column was first published in the Nikkei Asian Review.