HONG KONG (Dow Jones Investment Banker) – In contrast to the lackluster European IPO market, new listings in Asia have continued unabated in the first half of this year. And while some 40 deals have been pulled on account of market volatility, year-to-date volumes are close to those in 2010. Asia has remained largely immune to the macro events affecting the EMEA region. Healthy growth rates have continued to fuel consumption and infrastructure stories, and local exchanges have benefited from innovation and aggressive marketing.

There has been much talk about a broken IPO market in Europe. According to Dealogic, the number of IPOs above US$200 million there that have priced this year is in the low 20s, while 40% of that number were withdrawn after launch, representing an aggregate of about US$10 billion. Market participants variously point the finger of blame at pricing mechanisms, fee levels, syndicate composition and independent advisers. Bookrunners there are now sitting on a pipeline of as much as US$30 billion which, some say, could increasingly affect the economic recovery.

By contrast, the IPO landscape in Asia has remained active, despite macro events and volatile commodities prices. According to Dealogic, some 400 IPOs representing a combined amount of more than US$63 billion have been completed across the wider Asia-Pacific region in 2011. Of this, new listings in Shanghai and Shenzen accounted for 39%, or US$25 billion, spread across 172 deals, followed by Hong Kong at 37% with US$24 billion raised through 46 transactions. Singapore’s 11% was largely the result of the US$5.45 billion IPO of Li Ka-shing’s Hutchison Ports Trust. 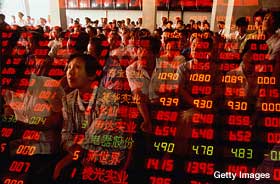 There are several reasons for this.

Asia’s equity capital markets have experienced their fair share of volatility but overall remained largely insulated from Europe’s sovereign debt crisis, as well as from political unrest in North Africa and the Middle East.

Despite some inflation, healthy growth continues – a high single-digit rate for China in particular, enabling the successful marketing of consumption and infrastructure plays. While the European ECM scene was dominated by rights issues and bank recapitalizations in recent years, most issuers in Asia come to market for development capital. Many banks in the region – again, especially in China – have a reasonably short history as public companies, and, at least for the larger ones, successfully purged their balance sheets from NPLs prior to, or at the time of, their IPOs.

Asia has seen successful innovation and marketing on the part of local exchanges too. Singapore has embraced the REIT market earlier than most, with 22 listings valued at about US$30 billion according to CB Richard Ellis, also adding business trusts and the trading of US-listed ADRs. Korea has introduced SPACs, while Malaysia has become a leading market for Islamic products.

In an attempt at diversification, Hong Kong has embarked on an aggressive campaign to woo foreign issuers, as the threat of the Shanghai international board becomes a reality. Multinationals are increasingly listing their Asian operations (like American International Group’s AIA). Global consumer and luxury goods companies (like Samsonite International and Prada SpA) seek Hong Kong listings as their fortunes become tied to Asian spenders. Hong Kong has experimented with yuan IPOs too, to channel Chinese currency used to settle trade transactions to the primary equity markets. Hong Kong also sees itself as a hub for companies in the resources sector, with attempts to list giants such as Mongolia’s Erdenes Tavan Tolgoi and Australia’s Resourcehouse. HKEx’s rumored offer for the LSE over the last few days might even also have been – in part – motivated by a desire to become more active in the resources industry.

The IPO models in Asia and Europe are fairly similar. By and large, the same techniques are used – pre-deal research and investor education, as well as bookbuilding. True, timetables vary and some markets in Asia (like China, Hong Kong, Korea and Taiwan) often see greater retail participation, while some industries remain off-limits to international investors, beyond a certain threshold. It’s also still early days for independent advisers in the East, as the control of many businesses by families perhaps lessens the need for impartial advice to be provided to directors – which is increasingly felt in Europe.

And while volatility can be a curse, Asia has turned it into an opportunity – in 2010, Hong Kong traded a total of 5,148 listed derivative warrants, with a turnover of more than US$345 billion.

[This article was originally published on Dow Jones Investment Banker on 22 July 2011 and is reproduced with permission.]