Churning the sea of milk

To many, the 85% collapse in the share price of China Huishan Dairy Holdings Co on March 24 came as a complete surprise. With now all of the company’s non-executive directors having tendered their resignations (in the process also effectively wiping out Huishan’s audit committee), the company’s key treasury executive still missing, and the controlling shareholder seemingly heading for the exit amid talk of margin calls, the milk producer’s short stint as a public company increasingly looks like a horror story.

In classic Hong Kong style, trading in the company’s shares has now been suspended and investors anxiously await disclosure of the results for the year ended March 31.

Yet, even before the publication of the now notorious report by short seller Carson Block some three months ago – stating that the value of the company was “close to zero” – there were some worrying signs that all was perhaps not what it seemed, and that the sea of dairy riches once promised to investors may have started to turn sour quite a while ago.

Huishan engaged investment banks to go public in late 2012. As the largest producer of liquid milk in northern China, and as a fully integrated dairy company, much of the investment case centered around the fact that Mainland dairy consumption was still low, compared to other countries’ per capita use. 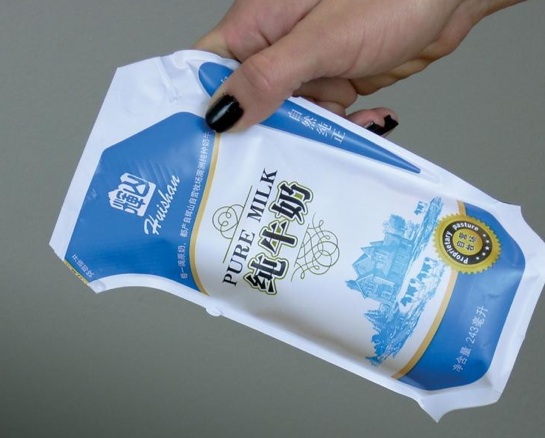 At the time of the IPO, a key challenge was regaining the public’s trust, following the sale of melamine-tainted formula for infants by China’s Sanlu dairy company in 2008 and further milk scandals in 2009 and 2010.

The $1.3bn IPO in September 2013 went well enough. At the time, it was the second largest IPO in Hong Kong that year, after that of Sinopec Engineering. It was also the largest consumer sector IPO in Asia since that Chow Tai Fook Jewellery in December 2011. Norges Bank (the central bank of Norway) took a 2.5% stake ($120m) in the company, while two other cornerstone investors (Yili and COFCO PE) also subscribed for a combined S$90m. Together, the cornerstones represented 16.4% of the base deal size, hinting at the potential for healthy aftermarket liquidity.

However, the share price fell 5.2% upon start of trading, falling almost 9% below water within just an hour, raising questions about the quality of the rest of the book of demand assembled by the lead banks. The over-allotment option, however, was later fully exercised.

Huishan then experienced a brief period of bliss, with the share price reaching a high on January 11, 2014, next falling continuously for the best part of a year. Things were certainly not helped by the announcement of unusual share price movements in April 2014, and of a profit warning at the end of March 2015.

At this juncture, a key question is perhaps whether things had started to go haywire much earlier than previously throught and whether the value of Huishan’s shares was also artificially being propped up, even against the background of what was a disappointing share price performance.

Indeed, between January 7, 2015 and December 19, 2016, there were no fewer than 52 voluntary announcements made on HKEX in relation to an “increase in shareholding by a controlling shareholder”. Over that period, Mr Yang Kai, the chairman and an executive director of the company, actually increased his stake in Huishan from 51.44% to 73.21%.

Much of these purchases were made through Champ Harvest Limited, a company he owned as to 90%, with the balance held by Ms Ge Kun, an executive director of the company with whom he was reportedly acting in concert (according to the HKEX announcements), and who oversaw and managed the group’s treasury and cash operations, including expenses, as well as the relationships with the Group’s principal bankers. Ms Ge now remains uncontactable.

Perhaps Mr Yang was simply taking advantage of a low share price to consistently increase his stake in the business? The magniture and frequency of the purchases, however, perhaps hint at wider issues.

Champ Harvest has since sold a $12.7m stake in Huishan. It is also known that over 63% of the shares owned by Champ Harvest were pledged to various creditors, including Ping An Bank, as well as to secure margin financing obtained through brokerage accounts.

In an announcement on March 28, the board of the company stated that recent media reports did not distinguish between the financial affairs of the group and those of Mr Yang. But with such a dominant shareholder (also holding such a key executive position) who has been repeatedly acting in concert with a key executive who’s now gone missing, it would be difficult to do otherwise.

In addition, in common with most of the Mainland issuers listed in Hong Kong (which itself raises obvous questions as to why the rule should exist in the first place), Huishan had obtained a a waiver from strict compliance with the requirements under Rule 8.12 of the Listing Rules, requesting that at least two of the executive directors must be ordinarily resident in Hong Kong.

While the company’s compliance adviser was appointed to act as an additional and alternative channel of communication with the Exchange (as is usual), such an appointment is normally only made until the date on which a company has published its accounts for the first full financial year as a listed issuer.

Other tasks of the compliance adviser include regularly reviewing the risk management framework and processes, as well as the identifcation of the key components of the system of internal accounting and control of all major cylces, reporting flows and the segregation of duties, among other areas.

The exchange may actually direct an issuer to extend the period of appointment of a compliance adviser. Perhaps it should now do so as a matter of course or, even better, make such an appointment an ongoing obligation for Mainland companies to maintain a listing in Hong Kong?