CNMC, which is state-owned but incorporated in Hong Kong, is offering 870 million shares to investors through joint bookrunners UBS, China International Capital Corporation, JPMorgan, and Agricultural Bank of China Ltd.’s ABC International division. The offer is all-primary, with proceeds earmarked for exploration and the development of mining facilities, as well as for acquisitions and debt repayment. The price range of HK$2.10 to HK$2.80 could translate into an IPO of up to US$312 million, down from a targeted flotation of US$500 million. The deal may further be increased through a customary, 15% over-allotment option and is set for pricing on May 25. Listing and start of trading are scheduled for May 31.

CNMC is a vertically integrated copper producer, and focuses on the mining, ore processing, leaching, smelting and sale of copper from Zambia, a country that boasts the world’s sixth-largest reserves and resources of this sought-after commodity. Elsewhere, it has mines in Mongolia and Thailand, and a project in Laos. 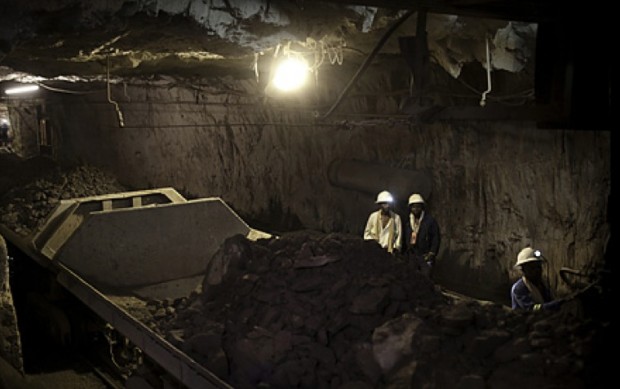 CNMC generated revenue of just below US$1.3 billion for a profit of US$103 million in 2011, but its margins have been declining over the last three years as administrative expenses and losses on the fair value of derivatives have offset price increases. Copper prices experienced a sharp drop in 2009, but have since recovered and are expected to stabilize in the short term.

The company is highly geared, although interest cover remains very healthy. As is often the case with Chinese mid-caps – but mainly in the case of start-ups rather than for an established company such as CNMC, which dates back to the late 1990s – its top five customers accounted for more than 92% of its revenue, with more than half from one customer only. Its major sales markets are in China (including Hong Kong) and in Europe.

CNMC has secured three cornerstone investors for its IPO, committing a combined US$70 million, or about 22% of the base offer size. These include units of China Ocean Shipping (Group) Company (COSCO), of China Railway Construction Corporation Limited, and Wise Pine, an investment firm based in Hong Kong.

Based on the price range, the issuer’s P/E is a rather undemanding 6 to 8 times, straddling the level at which its competitor Jiangxi Copper Co. Ltd trades. Jiangxi Copper shares have posted a rather unimpressive one-year return of -32%.

Much, however, will depend on the quality of the book of demand to be unearthed by the lead banks. With several billion dollars of IPOs in the pipeline, both in Hong Kong and elsewhere in Asia, a Chinese producer of copper from Zambia may not necessarily be high on market participants’ agendas. The outcome of the offer will no doubt be keenly watched by Kenana Sugar Company, a producer of sugar from Sudan which has been eyeing a possible US$200 million IPO in Hong Kong.

The revised offer size and the relatively subdued cornerstone roster could suggest that interest for CNMC’s investment case may not necessarily be copper-bottomed. Another factor could be a report published in 2011 concerning CNMC’s Zambian copper mining activities and detailing the company’s inability or unwillingness to respect workers’ rights. Published by the respected New York-based Human Rights Watch organization, it was entitled “You’ll Be Fired If You Refuse”.

[This article was originally published on Dow Jones Banking Intelligence on 16 May 2012 and is reproduced with permission.]