In Asia, cornerstone investors are regarded as a vital ingredient for successful major listings. And Hong Kong – where such investors are subject to lock-up restrictions – has also increasingly seen the advent of anchor investors.

In the first six months of 2014, about US$10 billion of the US$13.7 billion-equivalent in IPOs in Asia (excluding Japan and domestic offerings in China) was completed in Hong Kong, according to financial database Dealogic. It’s a clear – and welcome – sign that Hong Kong is regaining the momentum for new issues that it lost in previous years. In 2012 and during most of 2013, IPO momentum was stronger in Southeast Asia, which significantly outgunned Hong Kong. Prominent new listings emerged in Malaysia and Singapore, as well as Thailand, the Philippines and even Indonesia.

Many of the transactions in Hong Kong – and especially those that performed well – effectively involved sales prior to launch. Such preselling enables lead banks to communicate to investors at an early stage in the order-taking process that an offering is already fully covered. In turn, this sends a strong signal to other market participants that the IPO outcome is likely to be successful, and that the shares may post a strong performance after listing. In short, such early subscriptions encourage further demand, and may even lead to a higher valuation ultimately being achieved by the issuer and its shareholders.

The way this is accomplished is usually – and for the larger IPOs in particular – through the allocation of stock to cornerstone and anchor investors. Cornerstone investors – which are prevalent not only in Hong Kong, but also in Singapore as well as in Malaysia in the region – commit, ahead of the launch of a new issue, to buying a significant amount of shares at the offer price. While they do not benefit from a discount in terms of valuation, their allocations are guaranteed. This can come in handy in a ‘hot’ deal, where the high level of over-subscription often results in other investors being scaled back. 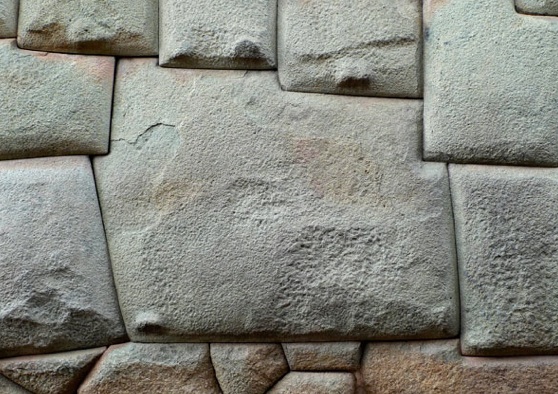 For example, the US$878 million Hong Kong IPO of healthcare company Luye Pharma in July secured six cornerstone investors – including Prime Capital, Macquarie, OrbitMed and Value Partners – which chipped in for almost 40 per cent of the base amount of the deal. However, these holdings have to be locked up – that is, there is a restriction on the sales of shares – for a period of six months, pursuant to rules intended to alleviate concerns that sizeable early sell-downs could depress share prices of newly listed companies. The cornerstone investors’ names and the amount they have agreed to subscribe for are also included in the IPO prospectus for the offer.

In Asia, the regulatory requirement for cornerstone lock-ups is quite unique to Hong Kong. In Singapore, no such lock-ups are requested by the stock exchange, while in Malaysia, market practice has evolved to now effectively mirror that of Singapore. Lock-ups are often frowned upon by institutions, especially against the background of volatile markets. The flexibility to be able to monetise all or part of their holdings obviously makes for easier decision-making on the part of their investment committees.

In addition, Singapore and Malaysia’s markets provide added flexibility in relation to disclosure, because cornerstone tranches are often disclosed in aggregate, rather than by showing individual allocations, as remains the case in Hong Kong. This has also made it simpler for institutions to seek cornerstone roles in these jurisdictions. In recent years, such requirements have resulted in a number of Hong Kong IPOs by companies from the mainland not being able to assemble cornerstone tranches. In some cases, cornerstone roles have been taken up by corporates and state-owned enterprises, rather than by true market participants, whose day-to-day business consists in buying and selling shares.

Another consequence has been the advent in the region of anchor investors. Unlike cornerstone investors, for which roles they are often initially contacted by the bookrunners, anchor investors do not have guaranteed allocations. However, because they agree to invest a certain amount at an early stage in an IPO, they are generally well looked after in terms of the allocation of shares they ultimately receive, after pricing has been determined.

Mainland pork producer WH Group failed to secure cornerstone investors for an IPO of up to US$5 billion-equivalent, which was pulled last April. The offering, however, was successfully re-launched last July as a leaner, around US$2 billion transaction, which was conducted at a lower valuation and with just two banks acting as joint sponsors and global coordinators. The canvassing of some 30 anchor accounts prior to launch in no small measure contributed to this success.

Cornerstone investors are also prevented in Hong Kong from making too much of a good deal. They are not allowed to partake in so-called “double dipping” – the practice of placing one or more orders in the institutional book of demand, in addition to their guaranteed allocations. Such investors are, however, encouraged by bookrunners to top up their investments in the aftermarket, which often contributes to a rising share price.

In recent years, cornerstone investors have become so essential to the success of new listings in Asia, that investment banks now often even require from issuers and their shareholders that their own underwriting obligations be relinquished in the unlikely event that one or more cornerstone investors ultimately do not to honour their commitments.

The practice of effectively favouring a select few in deals that can yield handsome rewards is not without its detractors. But while they can on occasion be difficult to corner, cornerstones – and, increasingly, anchor investors – are no doubt here to stay.

Philippe Espinasse spent more than 19 years working as a senior investment banker, including as a Managing Director, Head of Equity Corporate Finance and Head of Equity Capital Markets. He is the author of ‘IPO: A Global Guide’ and ‘IPO Banks: Pitch, Selection and Mandate’ and a co-author of the ‘IPO Guide 2012’ and ‘Hong Kong IPO Guide 2013’. He is also the joint author of the training manual for IPO sponsor examinations in Hong Kong. Philippe is Honorary Lecturer at the University of Hong Kong and also teaches at the Hong Kong Securities and Investment Institute. He is the founder, Chief Executive Officer and a Director of consultancy P&C Ventures Limited, and an Independent, Non-Executive Director and Chairman of the Compensation Committee of a financial institution listed on the Taiwan Stock Exchange.

This column was originally published in The Peak Hong Kong magazine.