Hong Kong IPOs: between a rock an a hard place

2014 so far as been a bit of a bumper year for IPOs in Hong Kong, despite the well-publicized loss of Alibaba’s landmark listing to the New York Stock Exchange. According to Dealogic, no fewer than 78 of these have taken place on HKEx year-to-date, for a combined amount of US$17.1 billion equivalent. That’s more than twice the volume of IPOs achieved in the first nine months of 2013, when 43 deals had successfully made it to closing.

Last year was, of course, all about the last quarter, when a decidedly impressive 56 further deals brought the year’s tally to more than US$22 billion. These included new listings by Huishan Dairy, Qinhuangdao Port, Bank of Chongqiing, China Everbright Bank, China Cinda Asset Management and Sinopec Engineering. It is advisable to place a caveat on 2013 as a record year, however: all of the above offerings have since fallen below their IPO prices. Whether 2014 can achieve such a volume of deals is still anyone’s guess at this stage, but there are already signs that the exchange could be struggling to repeat last year’s feat.

Personally I doubt that we will see the massive exodus of Chinese issuers to the US exchanges that some have been predicting. True, the likes of JD.com and Weibo have been following in Alibaba’s footsteps, but new technology companies and social networks choosing to list and raise funds stateside are nothing new. This has generally probably more to do (Alibaba excepted, of course) with the familiarity of investors there with these companies’ business models – and the higher valuations they are prepared to ascribe to them as a result – than with the weighted voting rights that are currently the subject of a consultation exercise by HKEx. Indeed, and as a case in point, this doesn’t just relate to Chinese corporates: Malaysian e-commerce issuer, MOL Global, launched an IPO of up to US$283 million on NASDAQthe week before last. 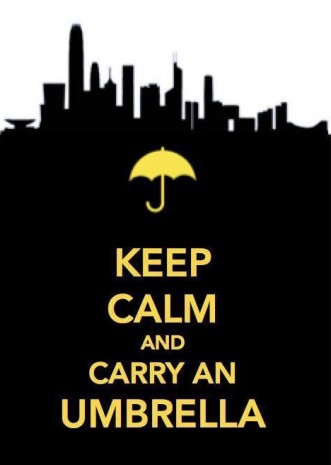 More of a concern to my mind could be how the current stand off between the pro-democracy protesters of Occupy Central and the authorities evolves. The markets are all about sentiment and visibility, and if the demonstrations and crackdown were to continue over an extended period of time, investors could gradually lose confidence in Hong Kong as a market place and seek better opportunities for juicier returns elsewhere. We have already seen signs of this: on Monday last week, the Hang Seng index was sharply down, with the Hong Kong Monetary Authority also forced to step in to stabilize the markets as the Hong Kong dollar reached a six month low. This may perhaps be a short-term, knee-jerk reaction but, even if ratings agencies such as Fitch a discounting a downgrade of the city’s rating at this stage, things could well change if the stalemate drags on.

Another factor is the nature of the new issue pipeline. While most investment banks are still sitting on a significant roster of new issues, these are for many still heavily weighted towards the financial sector, with a number of banks and brokers from the mainland still attempting to come to market to replenish their coffers, affected by rising NPLs on the one hand, and market volatility impacting investments on the other. Recent offerings in the infrastructure and utilities sectors haven’t exactly excited either, with the likes of Qingdao Port and HK Electric Investments both still trading more than 6% below water, while an endless list of property developers also account for a significant proportion of those knocking on investors’ doors for equity capital.

As always in a crowded market, reasonable valuations and realistic offer sizes, together with cornerstone investor support, will be must haves. After all, even the mighty WH Group, whose IPO had to be re-sized, re-priced and with a completely re-vamped syndicate to boot, is still hovering around its offer price.

Indeed, the star performers among Hong Kong IPOs have actually been small caps, whose lack of liquidity and trading dominated by retail punters hardly make them cause for celebration by the larger institutional players. Amid the sorry mess of traffic disruption, pepper spray and water guns, and with still many issuers few institutions are actually willing to back, Hong Kong IPOs could, this time, be caught between a rock and a hard place.

This column was originally published on GlobalCapital.