As Hong Kong’s financial marketplace becomes increasingly reliant on the Chinese mainland for its IPOs, Singapore’s big opportunity perhaps lies with international issuers – and those from Southeast Asia in particular.

Hong Kong’s love affair with international issuers has by now largely subsided. After a brief spell in 2011, IPOs by the likes of United Company RUSAL, Prada, Samsonite and others decidedly haven’t made a huge impact in the SAR. While some of these have posted decent share price increases, most have exhibited rather low trading volumes, especially when compared with Chinese companies of a similar size. Last March, Japanese broker SBI Holdings threw in the towel after barely three years, deciding to de-list its Hong Kong depositary receipts (HDRs) on account of diminutive trading.

One explanation can perhaps be found in the types of international companies Hong Kong deems acceptable for listing there. While the number of jurisdictions in which IPO issuers can be incorporated has in recent years been expanded to 21, on top of the original four (that is, Hong Kong, the PRC, the Cayman Islands and Bermuda), these largely consist of OECD countries in Europe and the Americas, with a few offshore locations thrown in for good measure. Within the Asia Pacific region, only Australia, Japan, Labuan (in Eastern Malaysia), Singapore and Korea are currently recognized by HKEx. Most of these actually benefit from their own active and sophisticated listing platforms – so it’s perhaps not surprising that the Hong Kong experiment with international issuers has largely fallen through. 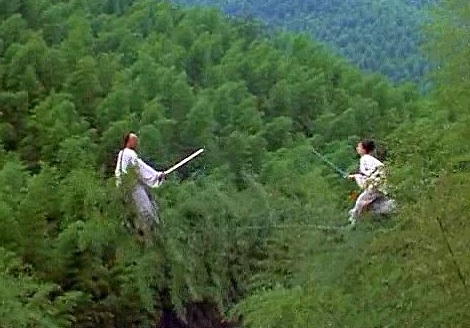 So, to all intents and purposes, Hong Kong remains first and foremost a listing platform for Chinese companies.

Such reliance on the PRC will be compounded with the introduction in October of the Shanghai-Hong Kong Connect programme, even if this will not initially apply to IPOs – or indeed to Hong Kong stocks denominated in currencies other than the Hong Kong dollar. This is a shame: the scheme could have provided strong impetus to yuan-denominated IPOs in the SAR, which remain few in number, and have also been dogged by low trading as investors opt for the more active Hong Kong dollar twin counter.

Down South, the SGX also has its own issues. Low liquidity and penny stocks often feature, although the exchange and the MAS have just introduced new measures to tackle this, including a minimum trading price of S$0.20 as a continuing listing requirement for issuers listed on the Mainboard, to address risks of excessive speculation and potential market manipulation for low-priced securities. Enhanced collateral requirements and short position reporting have also been announced.

Singapore is, of course, also too dependent on REITs and, to a lesser extent, business trusts. While these vehicles often generate active and regular follow-on transactions, as yield-accretive acquisitions trigger placements for funding, the SGX has largely become known in recent years as a platform for yield based stocks – and little else.

As the Hong Kong market draws ever more closely to the mainland, the Lion City’s big opportunity perhaps lies with international – and especially regional issuers. As recent IPOs by regional issuers have shown, familiarity with businesses operating in surrounding jurisdictions can result in good investor demand.

While Indonesia is a natural play for Singapore investors, capturing a share of issuance by companies from Thailand, Malaysia, Vietnam (and surrounding jurisdictions in Indochina), the Philippines or even Myanmar could also make good sense, especially in the mining, energy, or agricultural industries – all sectors where Singapore can rightly claim good know-how, as well as a strong pool of sell-side research analysts. Looking further afield couldn’t hurt either. Singapore previously had a look-in at listing both the Manchester United and Formula One franchises before loosing out, in the case of the former, to the U.S.

With Singapore the undisputed regional hub for private banking, and with a strong, stable (and English language) legal and political base, now could perhaps be a good time to aggressively lure those wealthy foreign entrepreneurs away from the gambling tables – and onto the stock market.

Philippe Espinasse was a capital markets banker for almost 20 years and is now an independent consultant in Hong Kong. He is the author of “IPO: A Global Guide”. His new book, “IPO Banks: Pitch, Selection and Mandate” was published in June.