Vale and Kazakhmys, both recently listed in Hong Kong although very thinly traded there, have announced buy-backs of US$3 billion and US$250 million respectively. While the market often rewards these schemes with a short-lived-cheer, many are often conducted for the wrong reasons, particularly to prop up share prices. In some cases, they can even leave a business cash-starved and unable to fund its operating activities down the line.

Share buy-backs can be carried out for a number of motives, ranging from acting as a substitute for dividends or as a defence against takeovers, to acquiring assets or providing support for employee share schemes. Their main advantage is to increase earnings per share (EPS), as the EPS is calculated against a smaller base of outstanding shares.

Management teams encourage the practice, as their compensation is often linked to a defined EPS, or to a target price/earnings ratio (PER) – both ratios are boosted by buy-backs. They are also a neat way to use excess cash, which can penalise companies valued on the basis of an Ebitda multiple, as cash is deducted from the enterprise value numerator.

But, more often than not, a share buy-back will effectively be done to support the share price. Share buy-backs are common in times of financial crisis, when they are often encouraged by regulators to stabilise markets. In 2008, the US, Japan, India and Indonesia all eased rules adhering to buy-backs. Even in Hong Kong, where individual buy-backs are often smaller in size, these jumped from only US$334 million in the fist seven months of 2007 – just prior to the outbreak of the sub-prime credit crisis – to a combined US$2.6 billion during the worst of that crisis, from August 2008 to February 2009, according to a study by the Stock Exchange of Hong Kong. 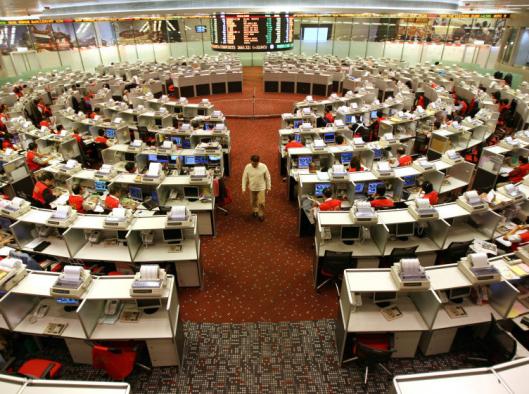 In most markets, including in Hong Kong, repurchases can be conducted on- or off-market, pursuant to a general mandate from shareholders, and often with restrictions. For example, how much stock can be bought on any trading day as a proportion of the average share volume, as well as within a defined period of time (usually up to a year or 18 months) and as a percentage of outstanding share capital (generally 10 per cent). There are also rules on the price at which shares can be repurchased in relation to recent trading levels. Details of, and reasons for, share buybacks must also be disclosed, and such shares cannot be voted in general meetings. Repurchased shares are generally cancelled.

Cash available for repurchases is obviously plentiful during bull markets – when company valuations are also higher. Many businesses also raise capital (for example in the form of bonds convertible into equity at a premium) to do a share repurchase.

Conversely, many companies, including a good number of financial institutions with sizeable buy-back programmes but ultimately facing an unforeseen liquidity crunch, ended up in recent years having to issue shares at a price lower than that at which they had previously repurchased stock – effectively destroying capital in the process. It will happen again.

So buybacks in many cases do not represent the best use of capital for shareholders. Paying and declaring a special dividend, say with an option to re-invest in the company’s stock, can sometimes constitute a better option.

Warren Buffet said as far back as 1999 that share repurchases are “ all too often made for an unstated and, in our view, ignoble reason, to pump up or support the stock price” and that “buying dollar bills for $1.10 is not good business for those who stick around”.

Philippe Espinasse worked as an investment banker in the US, Europe and Asia for more than 19 years and now writes and works as an independent consultant in Hong Kong. He is the author of IPO: A Global Guide, published by HKU Press

[This article was originally published in The South China Morning Post on 26 September 2011 and is reproduced with permission. I have to say that with Berkshire Hathaway announcing a share buy-back on the day I published this column, my reference to Warren Buffet was perhaps ill-chosen…although there are strict criteria for the proposed repurchase. Which goes to prove how quickly things can change in the world of finance. It’s ironic, though, that the Wall Street Journal interpreted the move as a prop on Berkshire’s suffering stock price.]