Bankers on May 7 started sounding fund managers on their interest for the long-awaited Graff Diamonds initial public offering. The process, known as pre-marketing or, more commonly these days, pre-deal investor education (PDIE), puts the highly anticipated US$1 billion (approximate) deal on track for a June 7 listing.

As part of this, banks are distributing pre-deal research reports that offer glimmers of insight into this closely held, upscale jeweller.

For example: 13 of Graff Diamonds’ 31 stores are franchises, and are not directly owned. The company’s five Asian stores represented 19 per cent of sales in 2011, but the addition of five other stores in North Asia (in Macau, the mainland and Japan) this year, as well as of another five in 2013 should see the region’s contribution significantly increase going forward – as was the case for Prada, another luxury group from Europe that listed in Hong Kong in 2011. 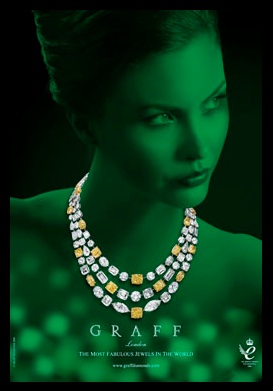 The group has scale too. Expectations are for itsturnover to reach almost US$900 million in 2012, with a net profit margin in the region of 19 per cent. Net income should also grow to just below US$265 million in 2014 from about US$166 million this year.

What is striking, though, is the concentration ofGraff’s client base. Fewer than 5,000 items of jewellery were sold to just 4,000 buyers in 2011 – not really surprising for a company with a minimum price list of US$100,000. But 44% of such sales were made to just 20 customers who, one can only imagine, must feature quite prominently on jeweller Laurence Graff’s rolodex.

Accordingly, one of Graff Diamonds’ challenges as a listed company will probably be to try expand this and, in particular, to tap into the fast-growing mainland market. Last week (May 7), the South China Morning Post reported that Chow Tai Fook had invited 75 of its mainland VIPs and their families – each of which had spent at least 1 million yuan (HK$1.22 million) on jewels in 2011 – on a an all-expenses-paid trip to Hong Kong. No doubt, Graff Diamonds will attempt to lure some those bejewelled individuals to its own stores.

Best guesses on pricing are that it will probably see a price-earnings ratio in the mid to high teens, looking at comparable companies such as Tiffany or Swiss group Richemont (which owns Cartier and Van Cleef and Arpels, among other brands), and which trade at an equity value representing around 16 to 19 times their 2012 net earnings.

This week should also show whether tycoons, sovereign wealth funds and large hedge funds and asset managers commit to buying guaranteed allocations as cornerstone investors. While the recent IPO of Haitong Securities had a significant roster of such names, a number of these chipped in for relatively modest orders, while other accounts were reluctant to commit to a six-month moratorium on the sale of their holdings post-IPO, preferring instead to subscribe as anchor investors.

Chow Tai Fook Jewellery (trading 18% below its IPO price) did not have any cornerstone investors at the time of its own, US$2 billion flotation last December (see the February 27 edition of Money Post for a previous discussion of the firm).

[This article was originally published in The South China Morning Post on 14 May 2012 and is reproduced with permission.]