Book building and the management roadshow started on August 1 for the proposed IPO of China Shipping Nauticgreen. With a price range of HK$1.56 to HK$2.50 per share, and 600 million new shares offered to investors to fund the purchase of containers, the deal was aiming to raise up to HK$1.5 billion. But as the US markets dropped more than 4 per cent overnight last Thursday, and the Hang Seng Index in turn tumbled almost 1,000 points on Friday morning, the deal was postponed until market conditions improve.

Events showed the vulnerability of deals that would otherwise be seen as cheap and attractive. 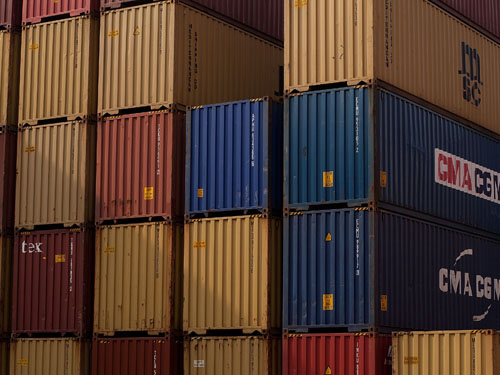 The company is one of the world’s top 10 lessors of containers to shipping lines. It is benefiting from cheaper freight rates brought about by the large number of new ships coming to market. Lower vessel rates spur demand for shipping and, in turn, for the leasing of containers.

Given the relatively modest size of the offering, investors primarily focused on a simple PE as a valuation metric. The price range made for an attractive valuation, equivalent to a multiple of about six to 10 times 2011 earnings. That compared with 9.8 times for competitors Textainer, and 10.5 times for TAL International Group, according to data from Bloomberg.

At the bottom half of the range, at least, the deal offered good value and a sensible discount. And while sister company China Shipping Container Lines (CSCL) expects to report a loss for the first half of the year, the institutional tranche for China Shipping Nauticgreen’s IPO was said to have been fully covered after only two days of book building.

According to Harrison Consulting, a market research firm that provided an industry report published in the preliminary IPO prospectus, Nauticgreen is one of the top three container lessors in Asia. The issuer operates from a marketing network of seven locations, with 139 depots in 32 countries. Some 45 per cent of containers globally are leased, and the global fleet is expected to grow by 14.5 per cent between 2010 and 2012.

In this industry, size matters – the top 30 shipping lines accounted for more than 87 per cent of the global carrying capacity last year.

Unlike the production of containers, 95 per cent of which is now in the hands of Chinese manufacturers, container leasing is still very much a US affair. The leaders are Textainer and Triton Container International, with global market shares by volume of 18.2 per cent and 13.9 per cent respectively.

The issuer has key strengths. With an average life of 4.4 years, its containers, which generally have a useful life of 12 to 15 years, are younger than those of major players. And its utilisation rate of 99 per cent is higher than competitors.

Margins are high, too, with a net profit of US$37.2 million last year on revenue of almost US$80 million. Net gearing is conservative at 56 per cent. The company is ultimately – and indirectly – controlled by state-owned enterprise China Shipping Group, which has a 70 per cent share in Nauticgreen. The firm benefits from relationships brought about by its parent. Its largest customer, CSCL, is part of the same stable.

Pricing was originally expected on August 10. No date has yet been set for a relaunch of the transaction.

Philippe Espinasse worked as an investment banker in the US, Europe and Asia for more than 19 years. He is the author of IPO: A Global Guide, published by HKU Press. For comments, please email [email protected]