Neither inflation, a simmering eurozone debt crisis nor the near death of the United States’ AAA rating will keep IPO bankers from their appointed rounds. Hong Kong’s new-listings market in the first half could be generously described as patchy, with most initial public offerings priced in that period trading under water and with 18 deals pulled or otherwise postponed – and markets were in meltdown mode last week. 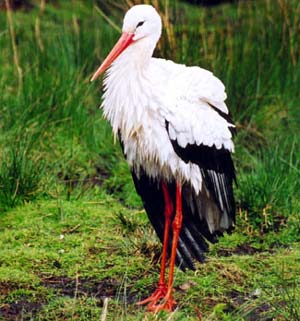 “Secondary markets were weak and being impacted by the European sovereign crisis, the US debt ceiling discussions and concerns over economic growth in China, volatility was rising and new issues were not performing well,” Pavey explains.

“Investors had become more risk averse but issuers were reluctant to adjust their pricing to the rapidly evolving market environment.” The result was a spate of cancelled deals, particularly in the second quarter.

Nevertheless, some US$35 billion of new listings are projected to arrive in Hong Kong during the rest of the year. Half that amount, in theory, could hit the local share market next month alone.

Can all these deals get done? The short answer is probably not. “Markets have proved to be extremely volatile. It’s going to be difficult to do all the deals that have been scheduled for September,” Christopher Wong, head of ECM for north Asia, BNP Paribas, says. “The number of postponed deals that we have seen in the past month or two has been piling up.”

The pipeline is heavy with financials, with banks and insurance firms set to bring a number of deals above the billion US dollar mark. Watch for some late-year construction plays, too.

At some point investors will be presented with the US$5 billion Hong Kong listing of China Everbright Bank, an IPO that was originally set to arrive last month, but was postponed in late June. It then tried to list this month but this plan, too, was knocked back.

China Everbright is already listed in Shanghai. Its A shares slipped 3.6 per cent last month as talk of increasing levels of non-performing loans took their toll on financial institutions from the mainland.

China Everbright’s biggest challenge will be to differentiate itself in the eyes of investors from the other nine mainland banks listed in Hong Kong. It will have its work cut out, particularly as the Hong Kong listing may involve an aggressive expansion of its equity base of about 20 per cent. Recent talk is that the deal size might perhaps be cut down despite significant commitments already received from strategic investors.

China Everbright will be competing with Guangdong Development Bank (GDB), which is aiming to do a float of a similar size in Hong Kong. GDB is a mid-sized lender in which a consortium led by Citibank (and which also includes China Life, Citic Trust, State Grid Corporation of China and IBM Credit) has an 85 per cent stake. GDB was an early entrant in China’s mortgage market and a pioneer in credit cards there.

It has been profitable since 2007, having posted net earnings of 3.4 billion yuan (HK$4.1 billion) in 2009 on assets of 667 billion yuan. The issuer is known for being innovative, but the deal is large and may therefore be difficult for investors to swallow in its entirety. The deal will also be running against declining investor sentiment.

The market is expecting more interest rate rises, which will make the bank IPOs difficult, said a senior ECM insider.

Elsewhere, some mainland brokerages will be wooing investors with proposed listings in Hong Kong. These include Citic Securities, with an IPO said to be equivalent to US$2 billion next month, and Haitong Securities, which is looking for a similar amount later in the year.

Citic’s IPO was widely publicised last May as the first to be conducted in Hong Kong by a Chinese issuer, without international bookrunners. The syndicate has since been expanded to also include Bank of AmericaMerrill Lynch, CLSA, HSBC and Morgan Stanley.

Haitong Securities does not just want to list – it wants to be a major underwriter of other firms’ deals. Last May, Haitong flagged its ambitions to become a leading IPO house in Hong Kong, suggesting it was ready to match the compensation paid to investment bankers at global securities firms.

But it was also recently in the news after having being left with 58 per cent of a 1.68 billion yuan placement for Jiangsu Zhongtian Technology on its books.

Also in the financial sector are the dual A- and H-share listings in Shanghai and Hong Kong of People’s Insurance Company of China (PICC), the parent of Hong Kong-listed PICC Property & Casualty, for at least US$5 billion and, for US$4 billion, of New China Life Insurance (NCI). PICC is one of China’s largest insurers as ranked by premiums. NCI was established in 1996. Last year, it reported a net profit of 2.25 billion yuan, with a total insurance premium income of more than 92 billion yuan.

In the first half of the year the market was flush with consumer and luxury goods plays such as Samsonite and Prada and, more recently, Sun Art Retail. The IPO pipeline for the rest of the year is dominated by the financial listings cited above, along with heavy machinery, industrials, transport and infrastructure plays.

These include a US$2.5 billion offering by Sany Heavy Industry, which is already listed in Shanghai with a market capitalisation of some 129 billion yuan. It makes building machinery, road rollers and pavers, among other products.

Similarly, XCMG Construction Machinery, also listed on the mainland and worth 46 billion yuan, is looking to raise at least US$1 billion in Hong Kong.

One attractive standout is Chow Tai Fook Jewellery, one of the flagships of tycoon Cheng Yu-tung’s stable, which produces more than seven million pieces of jewellery annually, which it sells through some 1,000 outlets in China, Malaysia and Singapore. “Stories that are linked to consumer spending and the growth of China should be appealing. Chow Tai Fook should attract attention,” says Marschall of RBS.

Adds Pavey of Credit Suisse: “High-quality China consumer and retail plays are still very much in demand.” He says the right companies from the sector can command premium valuations with price-earnings multiples in the mid to high 20s because they have scale, market leadership, strong and highly visible brand names, experienced management teams with a track record of delivering growth and good visibility on earnings.

“Mainland consumer stocks offer a Chinese growth rate with great visibility on earnings – it is the holy grail of IPO investing,” says Pavey. He adds that consumer/retail shares comprise just 5 per cent of Asian indices and, as a result, these stocks are of considerable interest from a diversification perspective. In developed markets, these sectors combined typically represent more than 10 per cent of market capitalisation.

In China, the weighting of consumer/retail shares should rise to similar levels over the next 10 years, Pavey says, as more large consumer entities list or consolidation takes place in the sector in the region. Institutional funds are already buying the stocks heavily in anticipation of the day they will have to create portfolios that reflect an enlarged consumer-stock index component.

New issues on the calendar include a few mining stocks, such as Mongolia’s Erdenes Tavan Tolgoi, which is likely to arrive next year.

There is still a case to be made for equities. “Investors should be assessing the bigger picture. They should not be swayed by headlines. They should keep their nerve a little,” Marschall says. “Equities have proved to be a decent store of value in times of inflation. You can only invest so much in gold, diamond watches and real estate.”

Philippe Espinasse worked as an investment banker in the US, Europe and Asia for more than 19 years. He is the author of IPO: A Global Guide, published by HKU Press. For comments, please email [email protected]

[An article I published in the South China Morning Post‘s “Money Post” supplement on 8 August and which is reproduced with permission. Readers should also note that S&P downgraded the US’s sovereign rating to AA+ from AAA after the story was filed.]