From Russia, with fees

On January 18, a delegation led by Arkady Dvorkovich, the Deputy Prime Minister of the Russian Federation, visited the Stock Exchange of Hong Kong. It was not the first time a high profile dignitary from Russia had toured its facilities.

In April 2011, the then President of Russia, Dmitry Medvedev, was similarly hosted by the Chairman of HKEx. Like M. Medvedev, M. Dvorkovich was given a trader vest with an auspicious number, although, this time, his visit coincided with the recognition of Russia as an “accepted jurisdiction” for issuers seeking a listing in Hong Kong.

It isn’t exactly clear why it has taken almost five years for HKEx to finally deem Russian companies fit to list in the SAR.  Meanwhile, Russian investment banks in Asia have folded significant parts of their operations, as opportunities failed to materialize. Damian Chunilal, a former Merrill Lynch banker who was appointed as VTB Capital’s CEO for Asia, resigned in 2014, after less then two years in the job. While it retains licenses in Hong Kong, VTB Capital does not feature on the list of sponsors for listings on HKEx. Otkritie Capital and Renaissance Capital have no presence in Asia.

The 16 pages country guide published by HKEx for Russian issuers and their advisers is relatively thin on practical information: for example, no examination has been made as to the acceptability of Russian generally accepted accounting practices or Russian auditing standards. A Russian issuer (and its advisers) will therefore need to demonstrate to the exchange that these are comparable to those required in Hong Kong. 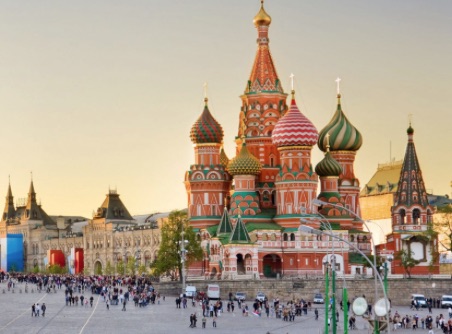 In addition, Russian issuers seeking an overseas listing in Hong Kong will only be able to list on the Main Board through the sale or issuance of depositary receipts (HDRs).

They will also be required to notify to the exchange the legal owners of the securities in the issuer’s place of incorporation, since, the exchange says, there are uncertainties under Russian law about holders of such securities. In particular HKEx mentions the existence of some (unspecified) applicable Russian securities markets laws under which depositary banks administering DR programmes could be considered as shareholders (rather than nominees) of Russian companies.

There is of course a thorny precedent for the listing in Hong Kong of a Russian business: in 2010, aluminium producer United Co. RUSAL, controlled by oligarch Oleg Deripaska, conducted a US$2.2 billion equivalent IPO, the third largest on HKEx that year.

At the time, the offering attracted a number of well-known cornerstones, including Malaysian tycoon Robert Kuok, Russia’s Vneshekonombank, Nathaniel Philip Rothschild and John Paulson’s hedge fund.  Some 260 institutional investors were said to have placed orders in the book of demand, with the offer fully subscribed within three days after the start of bookbuilding and roadshows.

RUSAL, however, only managed to secure a listing in Hong Kong thanks to its incorporation in Jersey. Its share price quickly fell after listing, trading below water for most of a year, before briefly recovering above the offer price. Issued at HK$10.80, RUSAL’s shares were trading at HK$2.16 on January 25, 2016.

At the time of RUSAL’s listing, the SFC had deemed investment into Russian companies so risky that it decided to set a particularly high minimum board lot, decreeing that the shares could not be offered to investors placing orders below HK$1 million, effectively restricting the offer to professional investors – institutions and high net worth individuals. The board lot was subsequently lowered twice, within a period of 12 months after start of trading.

Back in 2011, Russian candidates for listing in the city were said to have included power company EuroSibEnergo (also controlled by Deripaska), conglomerate Renova Group (of Kamchatka Gold fame, and controlled by oligarch Viktor Vekselberg), banking group Otkritie, and hydro-energy group RusHydro. But the dismal performance of RUSAL’s shares will have done little to endear Russian companies to Hong Kong investors.

With commodity prices in free fall, sanctions against Russia on account of its foreign policy in the Middle East, and its economy in tatters, Russian IPOs are unlikely to be a game-changer for Asian equity capital markets.

Russia doesn’t even get a mention in HKEx’s strategic plan for 2016-2018, while pretty much all of the recent initiatives taken by the exchange, including the recently announced IPO Connect scheme, are still aimed at tightening links with China’s mainland, both on the sell- and buy-side.

It would therefore seem to be a case of too little, too late. The closest Hong Kong investors are likely to get to anything Russian could well be the polar vortex.