I don’t know what you did last quarter

With result season now in full swing after the Lunar New Year holidays, now is perhaps an opportune time to reflect on the fact that Hong Kong remains one of the few major markets around the world (and in Asia in particular) not to require companies listed on its Main Board to publish quarterly accounts. With talk of a third board to attract smaller companies with lower listing requirements, and recurring issues with disclosure (or lack thereof) by smaller listed businesses, a change in the rules is probably long overdue.

Surely, companies listed in the region should be prepared to disclose financials on a quarterly basis? Absolutely! For example, a company listed on Bursa Malaysia in Kuala Lumpur must provide to the exchange an interim financial report, prepared on a quarterly basis, as soon as the figures have been approved by its board of directors, and in any event no later than two months after the end of each quarter.

The same principle applies in Singapore, although there, the reporting period was shortened to 45 days after March 2003, for issuers whose market capitalization exceeds S$75 million (US$53 million).

In Taiwan? Check. In Thailand? Ditto. In Mainland China? Of course. And in Hong Kong? Oops!

In fact, the only other major jurisdiction I’m aware of that only requires half-yearly reporting across the Asia-Pacific is Australia. However, even there, certain companies that are listed without a track record of revenue or profit are required to file quarterly cash-flow statements, as are mining and oil and gas exploration companies, all of which account for a not insignificant chunk of the market capitalisation down under. 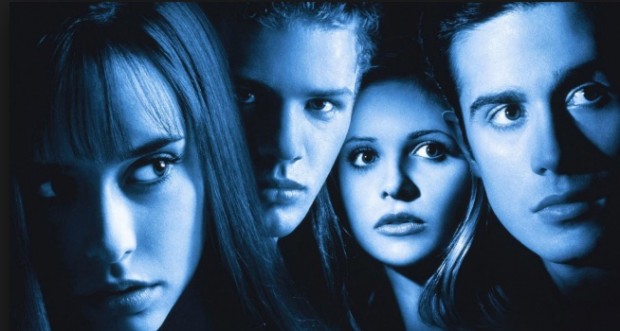 So. Not a requirement in Hong Kong, then?

Well, almost. Companies listed on that hallmark of quality, the second board called GEM (Growth Enterprise Market), must publish quarterly accounts. As do issuers with a dual A/H share listing (but only because the authorities on the Mainland actually require them to do so). As for the rest, updating shareholders on financials every six months only will do nicely, thank you very much. Even Hong Kong-listed behemoths like HSBC only commenced quarterly financial reporting as recently as 2011.

Surely, all that doesn’t really matter much, because all the companies listed on the Main Board are large, sensible businesses, with a longstanding track record?

Wrong again. An issuer can actually list on HKEx with an annual net profit after tax of only HK$20 million, provided that it recorded an aggregate profit of HK$30 million in the previous two years. For readers unfamiliar with the SAR currency, HK$20 million is only US$2.5 million. And to put things further into perspective, the minimum profit requirement to list in Singapore is US$21 million (for the latest pre-tax profit figure).

However, let’s not forget there’s also a market capitalization requirement bundled with the profit test. The threshold there is about US$25 million. With a compulsory free float of 25%, that means one can actually secure a Main Board listing in Hong Kong by offering as little as US$6.25 million worth of shares to investors, about the selling price of a rather decent 1,500 square feet apartment in the Mid-Levels.

Some will argue that, in Hong Kong at least, it’s compulsory to have audit committees, all made up of non-executive directors (the majority of which, as well as their chair, must be independent, non executive directors). It’s something that, for example, Taiwan will only introduce this year, after the phasing out of company supervisors.

However, with controlling shareholders in the SAR still having a major say in the appointment of INEDs, it’s not necessarily a guarantee either that these will not rubber stamp the accounts presented by management. From China Kingstone Mining to Daqing Dairy, to Boshiwa International to many others, there’s a decidedly long list of IPO issuers in Hong Kong whose financial practices ultimately led their external auditors to resign.

With much of HKEx’s capitalization comprised of companies in the volatile financial and property sectors, and, according to one of the exchange’s most active sponsors, almost 20 per cent of applicants under the current IPO pipeline posting an annual net profit below US$10 million (with almost 40 per cent of prospective issuers below the US$50 million mark), it really would make sense for the exchange to now conform to what is already longstanding practice elsewhere.

Or else, we might see more announcements like that recently made by Shandong Weigao Group, a medical polymer manufacturer with a US$3 billion market capitalization: its directors resolved in April 2015 “not to further announce and publish quarterly accounts […] in order to reduce the administrative burden of the company and allow [it] to devote more resources towards the development of its business”. No kidding.