Getting physical in Singapore

HONG KONG (Dow Jones Investment Banker) – Fitness First is likely to apply to Singapore’s SGX this month for an eligibility-to-list letter for an IPO, with a launch this July. The business, which has been listed before in the UK, has a wide footprint and boasts impressive statistics, as well as a clear ability to generate cash (2009 EBITDAwas US$238 million equivalent). We look at the group, and at the possible shape the IPO might take.

As is typical for a business that has undergone an LBO, Fitness First is highly geared. Its 2009 accounts showed net debt of US$2.1 billion, with a shareholders’ deficit to boot. And with high administrative expenses and a significant goodwill impairment charge, the group posted a net loss of US$413 million in 2009, about double that of 2008.

Market sources indicate that it has since discontinued a number of its unprofitable operations, especially in Europe, and that the prospectus for the IPO will reflect the results of a new structure for the group, including positive profitability throughout on a pro forma basis. 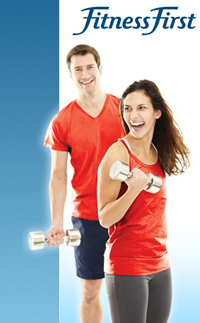 One suspects that, as a buyout firm, current owner BC Partners will aim for more than the customary 25% free float at the time of listing. An offering of new shares, in addition to those offered by shareholders, will no doubt feature to improve the balance sheet.

With 60% of turnover generated in Europe, the choice of Singapore as a listing venue is debatable, but is said to reflect significant expected growth in Southeast Asia and more mature, but profitable, operations in Australia, as compared with a relatively stagnant (and in some cases unprofitable) business in the Old World.

Singapore is also more logical than Hong Kong, since Fitness First currently has little presence in greater China. It operates only six clubs in Hong Kong, where it faces significant competition from others, including Bruce Rockowitz’s Pure, and where a series of smaller operators have recently shut down overnight. In 2009, Fitness First closed the two clubs it operated on the mainland and it has no clubs in Taiwan.

The deal is led by CLSA, Credit Suisse and JPMorgan as joint bookrunners. The absence of a Singapore house is surprising for an IPO of this size, although at least one will need to be appointed for the public offering, traditionally a single-digit percentage tranche in the Lion City. Securing early large, anchor investors will also boost the credibility of the investment case.

Founded in 1993 in the U.K. by Mike Balfour — who left in 2009 while remaining a shareholder — Fitness First listed on AIM on the LSE in 1996, before being acquired by private equity firm Cinven in 2003 for US$660 million equivalent. It was sold in a secondary buyout to BC Partners at an EV of GBP835 million (US$1.37 billion) in 2005. Funds advised by BC Partners now own 80%, with the balance held by management and others.

On its website, Fitness First says it operates 548 clubs, with 1.43 million members across 22 countries in Europe and the Asia-Pacific region. The portfolio is relatively balanced. Australia, the UK and Germany together accounted for 68% of its US$1.1 billion turnover in 2009, with a pretty even split, while Asia represented only 15%. Excluding Australia, the Asian business itself includes 73 clubs and 186,000 members in Hong Kong, the Philippines, Indonesia, Singapore, Malaysia, Thailand and India.

The group says it wants to be famous for making the world a fitter place. Observers will soon find out how fit it is to cut it in Asia’s capital markets.

[This article was originally published on Dow Jones Investment Banker on 11 April 2011 and is reproduced with permission. It also appeared on WSJ.com, the website of The Wall Street Journal].