HONG KONG (Dow Jones Investment Banker) – Green tech Guodian Technology and Environment Group has reportedly appointed China International Capital Corp. for a proposed IPO of US$1 billion equivalent in Hong Kong by the end of the year. The company has size, and the backing of a well-known and connected parent, but its flotation could ultimately suffer from the dismal performance of China’s other renewable energy floats, which have left many an investor nursing painful losses.

Guodian Technology is part of China Guodian Corporation, a successor to State Power Corporation of China. The group includes 16 branch companies in addition to 13 major subsidiaries, two institutes for research and development, as well as some 200 power enterprises across 31 provinces. It is one of China’s five nationwide power generation groups, employing more than 110,000 people.

The proposed float is the latest episode in the Chinese power giants’ strategy of increasingly turning to the equity markets to fund renewable energy ventures, as high levels of gearing and rising fuel prices have taken their toll on profitability.Yet China, probably the world’s largest market for alternative energy, has a stated target of 110 gigawatts (GW) of installed wind capacity by 2015. This reached 42.5 GW in 2010, an increase of 67%, as compared with 2009, according to New Energy Finance. The country’s solar energy target was also increased last May by 150%, to 50 GW by 2020. 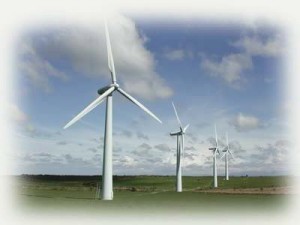 Information is still patchy at this stage, but the company has been operating since 2004 and also claims to have enjoyed significant and sustained increases in both turnover and earnings. According to industry reports, it has been looking beyond China and in particular aims to build large-scale, 50 megawatt wind power turbines and solar panels in Brazil and Argentina. In 2010 it also floated a subsidiary, Yantai Longyuan Power Technology Co., Ltd, in a US$180 million IPO on Shenzhen’s second board, currently trading around its offer price.

The biggest challenge to Guodian Technology’s listing could come from the rather subdued track record of the numerous green tech new issues from (or within) greater China.

Huaneng Renewables, which floated last June in a US$800 million IPO (initially pulled in December) fell more than 11% on its first day of trading despite a heavy lineup of cornerstone investors for more than US$400 million, and which included sovereign funds CIC and Temasek Holdings. The stock is still trading 18% below its IPO price.

Sinovel Wind Group Co. Ltd, China’s largest manufacturer of wind turbines, raised US$1.5 billion in an IPO in Shanghai last January but is now trading almost 73% below its offer price. Similarly, China Datang Corp Renewable Power Co Ltd, which raised US$680 million in December in Hong Kong is almost 35% under water, while Xinjiang Goldwind Science & Technology Co., Ltd., which raised US$917 million in Hong Kong last October, is down more than 75%.

The sorrows of China’s green tech companies are not just confined to greater China’s exchanges. Silicon solar manufacturer JinkoSolar Holding Co Ltd, which listed on the NYSE in May 2010 after an earlier unsuccessful attempt, and following a rather muted welcome by investors, has posted a one-year return of -49%; while polysilicon maker Daqo New Energy Corp, which experienced a similar rocky road towards its US listing last October, has left investors with a 43% drop in its share price since its IPO.

Guodian Technology’s proposed flotation looks like a large deal. Investors will be skeptical (rightly so), and the offering will need a pretty unique investment case – not to mention an attractive valuation and, quite possibly, a smaller size – to make it to the start of trading.

[This article was originally published on Dow Jones Investment Banker on 5 September 2011 and is reproduced with permission.]