HONG KONG (Dow Jones Investment Banker) – The long-awaited international board of the Shanghai Stock Exchange (SSE) apparently is inching closer to becoming a reality. But its offerings are likely to be dominated by Chinese companies incorporated offshore, and, if history is any guide, listing there is likely to do little in the long run for truly international businesses.

The SSE and regulatory authorities have now largely drafted rules for companies to list on the international board, China’s 21st Century Business Herald reports, and a shortlist of candidates has been drawn up. The first listings reportedly could come as soon as the second half of 2011, opening the gates for foreign companies to investor demand in China.

The concept of the international market was first floated in 2007, and a blueprint was outlined two years ago by China’s State Council. The China Securities Regulatory Commission (CSRC) listed it as a priority and initially planned its launch in late 2010, but the board has yet to become operational. 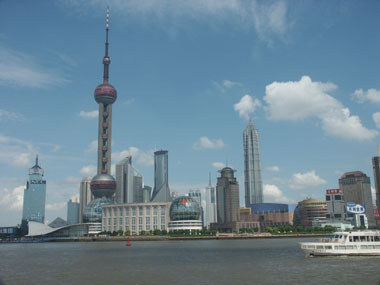 Hong Kong’s recognition of mainland accounting standards and auditors, the recent completion in Hong Kong of the first-ever yuan-denominated IPO there and moves to enable Singapore to become a major offshore trading center for the yuan are all indications of how China’s securities and currency markets are opening up – an evolution of which Shanghai’s international board is a part. HKEx, which could be most affected by such a move, is said to have been involved in discussions of the framework, as well as Hong Kong’s Securities and Futures Commission.

The market would cater to large, liquid, foreign-registered enterprises only. Draft listing requirements are said to include a market capitalization threshold of US$4.6 billion (equivalent) and minimum net profits of US$150 million in the prior year. Reportedly there will be minimum free float levels.

The board would serve multinationals that want to sell new shares in China or list depositary receipts there, and would allow cross-border exchange traded funds. Major corporations and financial institutions with interests in China, including HSBC Group, Standard Chartered Bank PLC and consumer giant Unil ever are said to be keen to boost their profile and facilitate acquisitions there. Ten are said to have now been shortlisted as likely candidates.

The reality, however, is that the board is likely to be dominated by “red chips” – companies from mainland China that are listed in Hong Kong and have, through a reorganization, transferred their assets and liabilities to an offshore entity, usually in the Cayman Islands.

Red chips include major state-owned enterprises such as China Mobile Ltd. and PetroChina Co. Ltd. According to HKEx, 103 red chips were listed in Hong Kong as of March 31, of which about 10% are said to meet the Shanghai listing criteria. Other Chinese companies listed on other offshore exchanges (chiefly in the US) could also qualify.

A listing in Shanghai would enable corporates to tap Chinese retail investors as well as institutions that are currently prohibited by their charters from investing in stocks listed outside China. Such restrictions could make the board more viable than other secondary markets because it will be less vulnerable to flow-back to the issuers’ home markets.

Listing on the SSE could come with strings attached. Foreign exchange controls in the PRC would, for now, largely confine the use of proceeds of any capital raising to the mainland. Moreover, unless the issuer sells a substantial number of shares in Shanghai, liquidity could drop to diminutive levels.

Harvesting China’s savings will take more than a mere listing in most cases. It will entail significant investor relations efforts to promote a sell-side research following and to boost trading volumes. Without that, Shanghai’s new board could follow in the footsteps of the Tokyo exchange, which saw mass delistings by multinational companies – 115 out of a total of 127 since 1991. To a lesser extent, the same pattern has been seen on the NYSE and Nasdaq. The lengthy IPO approval process by the CSRC will probably remain, too.

For many, the China dream is likely, for some time to come, to remain just that.

[This article was originally published on Dow Jones Investment Banker on 27 April 2011 and is reproduced with permission].