Hey occupiers! Get a job! Get a BlackBerry!

Banker bashing is in fashion. After all, the excesses and collapses of Bear Stearns, Lehman Brothers and RBS crystallised the sub-prime crisis in the United States and Britain. And blaming well-paid, banking executives for the woes of a long-suffering majority with “real jobs” is a message that resonates well with voters, especially in an election year.

The reality, however, is that while many wouldn’t mind getting a piece of the wealth, and for that matter, power, that investment bankers seem to personify, few would survive the brutal, Stakhanovite work ethic, as well as the aggressive environment in which they operate.

True to form, i-bankers work long hours. For those in equity capital markets departments, the day often starts around 7.30am to attend morning briefings for equity sales teams – and to take the pulse of the market ahead of trading. A day that often ends very late, with one or more all-nighters a week not uncommon for junior staff in particular. Weekends also rarely exist as such.

There’s the constant flow of calls and e-mails, with myriads of pages of documents to write, read and review – all within impossibly short deadlines. But that’s only part of the job. 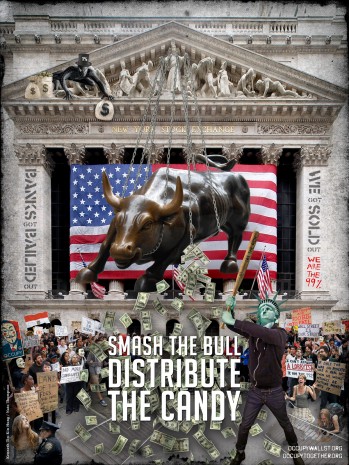 Much of the rest is about travelling and visiting existing or prospective clients – fun at the outset, tiring and repetitive after a few times of waking up at dawn, and returning home well past midnight, two or three times a week. There’s the non-stop pressure to pitch for, and win, new business, especially among the senior ranks.

The large fees that are charged to clients, necessarily expressed in multiples of millions of US dollars, as well as the highly competitive environment – both externally and internally – mean a never-ending race to not only secure new mandates, but also see them through to closing. Investment banks generally get rewarded for success only, not for working on a deal that ultimately gets pulled – often irrespective of the stage at which such a transaction might be shelved.

The bottom line is a work-life balance that’s basically non-existent, cancelled holidays on a regular basis, often a high divorce rate, lunches and dinners at the desk, and a requirement to be always available, such as for conference calls at odd hours to discuss issues that keep cropping up while everything should be proceeding according to plan. Investment bankers based in Asia, but working at American firms in particular, know only too well about the imperative to glue oneself to one’s BlackBerry, to stay connected to superiors in New York, over dinner, or in the dead of the night.

Add to that regular staff pruning, where “under-performers” in such a lion’s den get kicked out at the drop of a hat, with only a cardboard box to collect a handful of personal belongings in a hurry. For many, skills are also not so easily transferable to other industries.

Of course, it can also be fun, varied and exciting to chew the fat with chairmen, CEOs and CFOs on a daily basis. And the flipside is a high compensation to make up for such a sorry lifestyle. But is it really?

Nowadays, the largest chunk of year-end bonuses gets paid in shares or stock options, rather than in cash – and over several years to ensure bankers are incentivised over the long-term, and do not jump ship to the competition. Multi-year pay guarantees, other than for a handful of rainmakers, are for a large part a thing of the past in today’s brave new regulatory environment. And now “claw-back clauses” also mean that hard-won discretionary payments may turn out to be much lower – or even altogether evaporate – in ensuing years.

No one is really expected to shed a tear for investment bankers. But, for most of them, it’s not all easy money and champagne lifestyle.

[This article was originally published in The South China Morning Post on 16 April 2012 and is reproduced with permission.]