HONG KONG (Dow Jones Investment Banker) – The Stock Exchange of Hong Kong (HKEx) released Wednesday a proposed framework for IPOs denominated in yuan there. The model, which effectively mirrors arrangements for the issue and trading of GDRs and ADRs, looks sound in theory.

However, much still needs to be done, in particular to ensure that an active and healthy aftermarket develops over time. HKEx’s trading support facility, which it says will become operational in the fall, still appears to be at the blueprint stage.

The plans follow the US$1.6 billion listing of Hui Xian REIT (87001.HK) in April 2011, and should provide both issuers and underwriters with more options to tap the growing pile of offshore yuan deposits in Hong Kong, and achieve success with this new class of securities.

Hui Xian REIT is currently trading more than 9.5% below its IPO unit price. Its disappointing performance, however, is probably as much due to mis-pricing and an aggressive initial yield relative to comparable REITs listed in Hong Kong as to a lack of trading and liquidity in the secondary market. While average daily volumes have been in sharp decline since listing, as expected, they are still hovering around a relatively low, but still material, US$2.5 million. HKEx reports that, as of May 31, 196 brokers, representing 80% of the total market turnover, traded the stock at least once, and also that current yuan deposits in Hong Kong (the so-called CNH) of almost US$80 billion equivalent provide enough liquidity for fund raisings. 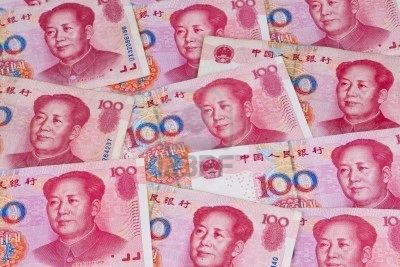 Qualified domestic institutional investor (QDII) funds – Chinese institutions that are authorized to invest outside the Mainland – increased from a quota of US$18.3 billion in December 2006 to US$67.0 billion currently. These include about 90 banks, asset management, insurance and trust companies. HKEx also estimates that there are now about 100 million investors on the Mainland, and states that Hong Kong stands to become a prime beneficiary once the market fully opens up there.

The IPO framework for yuan-denominated securities proposed by HKEx will basically offer two options to issuers and underwriters: A single-tranche, single counter model, and a dual-tranche, dual counter alternative.

In both cases, subscription for yuan-denominated securities by the public will be possible using Hong Kong dollars, subject to a minimum level of subscription in yuan. There will be an option for reimbursement in Hong Kong dollars, as for any other IPOs, for the difference between the application price (i.e. the top end of the institutional price range) and the final offer price, as well as between the number of shares applied for and final allocations. This would enable retail investors to continue to seek margin financing in Hong Kong dollars, an important feature for the success of public offerings in Hong Kong.

The real innovation, however, comes with the possibility of conducting simultaneous offerings and listings of a tranche of yuan-traded shares, and of a separate tranche of Hong Kong dollar-denominated shares by the same issuer. Both will represent the same class of securities for corporate actions, with identical shareholders’ rights and a single ownership disclosure regime.

This would provide for secondary market trading, clearing and settlement under two distinct “counters,” with separate stock codes, but also allow for convertibility between them to allow for efficient arbitrage – not unlike that between shares and depositary receipts.

Since this would only use offshore yuan – at least initially – the scheme would not require approval from the authorities on the Mainland. Existing rules in Hong Kong including claw-back triggers and the re- allocation of stock from institutional offerings to public offers would still be possible, as would now the re- allocation of stock between both currency tranches.

Of course, the devil is in the detail. Giving options to issuers has the merit of pragmatism. However, details of the exchange’s trading support facility to facilitate secondary market in yuan are still thin beyond a few bullet points. These are also subject to regulatory approval.

Some good progress. But not that Great Leap Forward, yet.

[This article was originally published on Dow Jones Investment Banker on 23 June 2011 and is reproduced with permission.]