Secondary listings are circling the Hong Kong stock exchange. But why? The exercise is of dubious value to issuer or investor.

The US handbag maker Coach and the Kazakh miner Kazakhmys have announced their intention to seek secondary listings in Hong Kong. Britain’s Burberry is also rumoured to be contemplating a similar exercise – although that has not been officially confirmed. 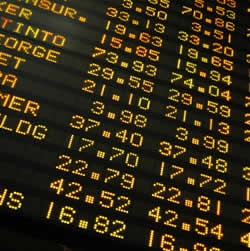 The firms are considering a listing by introduction – listing on a new exchange without offering any new shares for sale – a particularly weak form of secondary listing.

The action usually creates “orphan stocks” – shares with no liquidity and no local research following.

Prudential, the British insurer that sought and obtained listings by way of introduction in Hong Kong and Singapore (when contemplating the acquisition of AIA last year), and Vale, the mining giant from Brazil that listed in Hong Kong last December, are recent examples of such listings that failed to live up to expectations.

Only 0.09 per cent of Prudential’s shares are held in Hong Kong, or at least those accounted for in HKEx’s Central Clearing and Settlement System. Things are not that much better for Vale, a company with a market capitalisation of almost US$160 billion; Hong Kong investors account for only 0.33 per cent of its global investor register.

Obtaining and maintaining these secondary listings away from the companies’ home bases require vast outlays of time and manpower, as well as documentation, legal and accounting expenses.

Secondary listings with a simultaneous offer of stock to investors are a much better option.

But even then, over time, “flow-back” of traded shares to what is perceived by investors as the home market (which, more often than not, is where a company is incorporated or based) means that liquidity and following for these stocks will generally dry out. Trading will converge on the market with the biggest volumes and, typically, that is the home market.

It has only been a short time since its dual listing, but daily volumes in Hong Kong for Glencore International were at the time of writing about half the turnover seen on the London Stock Exchange.

Indeed, Hong Kong notwithstanding, the trend has been for firms to unwind their dual listings. Many European firms have delisted from the US following the introduction in 2002 of onerous, and expensive, disclosure requirements in the Sarbanes-Oxley Act.

Paying an annual cost equivalent to half the dividend to achieve less than 5 per cent of global liquidity for a stock (as one French company famously explained) is a bad deal for the company and its shareholders. In the same vein, foreign listings in Japan, which peaked in 1985 at 127, number only 12 today.

A global company such as Allianz, from Germany, has been trimming down its listings to focus trading on the Deutsche Borse in Frankfurt.

In the end, it’s likely that many secondary listings in Hong Kong will prove no different.

[An article I published in the South China Morning Post‘s “Money Post” supplement on 20 June and which is reproduced with permission.]