I turn my attention to one of the ECM world’s best-guarded secrets: the profits banks can make from stabilisation.

After a catastrophic 2018 for the performance of IPOs in Asia and amid news that some Chinese banks are now willing to take on primary equity business (although not IPOs) for mere basis point fees, the practice of charging issuers for stabilisation activities remains firmly — and surprisingly — deep-rooted.

Stabilisation is the regulated practice through which new issues can be partially bought back in the market, when volatility results in the securities initially trading below water.

The mechanism, otherwise known as a greenshoe or over-allotment option, is well known. First, one of the global coordinators or bookrunners typically borrows shares from a legacy shareholder — or more rarely from the issuer itself — and over-allocates them to investors at the offer price, alongside the rest of the offering.

At this point, the bookrunner is short a chunk of shares. Should initial trading dip below the offer price, the bank will then buy shares back in the market, in an attempt to stabilise the secondary price.

But what about if the price rises, threatening the bank with a loss on its short? This is where the greenshoe comes in. The bookrunner can exercise the greenshoe option to sell the shares it holds at the initial offer price, ensuring that it does not lose money on the trade. The over-allotment option can be exercised in full, in part, or not at all, depending on how the stock trades. 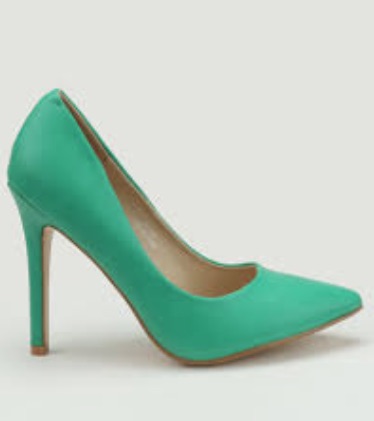 In Asia, unlike in the US, naked shorts, above and beyond the amount of the greenshoe, are not allowed in connection with primary offerings. This means that the maximum ammunition available to bookrunners to stabilise a deal is only up to 15% of the base offering.

There are basically two ways through which lead banks and other syndicate members make money out of this.

First, investment banks typically charge full fees — in Asia, often 2.5% for IPOs — of the amount of over-allotment that has actually been exercised.

This is despite the fact that the shares comprising the greenshoe are technically not really underwritten: they are borrowed from a third party and can only be allocated because the transaction is oversubscribed in the first place.

In spite of this, issuers and their shareholders happily continue to pay the banks and the practice goes on just as it has always done. While as a banker I did come across a couple of corporations who actually questioned this, they were quietly rebuffed.

Second, and even more questionable, lead banks also make money through stabilising — that is, when the share price starts falling below the issue price upon the start of trading.

The difference between the allocation price and the lower price at which shares are bought in the aftermarket obviously results in a profit, which is kept for its own account by the syndicate of underwriters.

I am only aware of three precedents where this stabilisation profit was shared between the banks and their clients.

Similarly, in Malaysia, in June 2012, stabilisation profit was to be apportioned between the syndicate and the issuer in the IPO of IHH Healthcare (however, in the event, and unlike in the above Hong Kong deals, the greenshoe was exercised in full, so no stabilisation ultimately took place).

In all three cases, the agreement was for a 50:50 sharing arrangement, which sounds fair, considering that a company and its shareholders are getting a pretty raw deal in the first place when the securities go south instead of posting a positive performance.

It’s now time that issuers and their backers finally wised up to this little known, little understood way of banks earning a profit on IPOs. Banks should certainly be paid what’s fair — but sharing, after all, is caring.

Philippe Espinasse was a capital markets banker for almost 20 years and is now an independent consultant in Hong Kong. He is the author of “IPO: A Global Guide”, “IPO Banks: Pitch, Selection and Mandate”, and of the Hong Kong thrillers “Hard Underwriting” and “The Traveler”. His new book, “Cornerstone Investors: A Practice Guide for Asian IPOs” was published in 2018.