The enduring mystery of IPO pricing

In 2004, Google came to market with an IPO. The company took an unconventional approach to pricing. It put its offer to all investors through an open, Dutch auction. All investors, whether individuals or institutions, were asked to submit orders. The deal was then priced at exactly the level required to sell all shares at the highest possible valuation.

It was a groundbreaking approach to IPO pricing. It sounded efficient, transparent and utterly fair. It was also a failure. The deal was slashed in size, and the firm probably got a lower price than if had taken a more conventional approach to listing. But such is the mystery of IPO pricing. The process is steeped in opacity and shot through with mixed motivations and competing agendas.

This is what the public sees: allegedly hot, heavily subscribed deals mysteriously tanking on trading. Alternatively, an offer may soar upon start of trading, but individual investors might find themselves with few shares, and wondering exactly why some got blessed with big allocations and others not.

The truth is that there are several important players in any given deal. There is the issuer (and, in some cases, selling shareholders), bankers and key institutional investors. Each party exerts influence in a tense, competitive process with unpredictable outcomes. It’s also opaque. The deal may be public but the path to pricing an IPO is anything but.

That said, certain goals are shared by all parties.

For example, it’s in everyone’s interest for demand to outstrip supply. This can help push the share price up in the aftermarket. A process known as bookbuilding encourages institutional investors to submit orders at a higher valuation within an indicative price range, so as to secure an allocation for the shares. The name of the game is to create momentum, to announce as soon as possible that the transaction is over-subscribed. 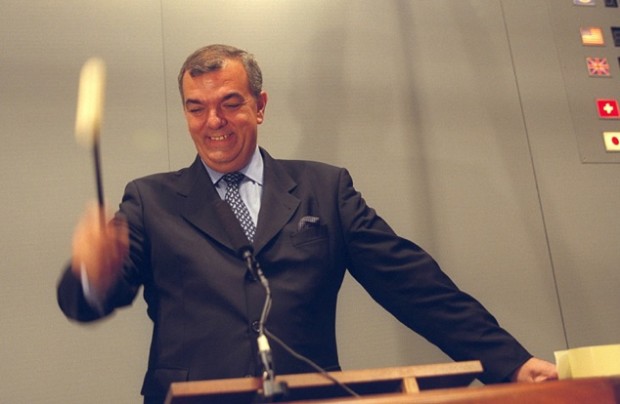 But it’s not all about getting the deal covered multiples times over. Even popular IPOs can sink when they start trading. Order inflation partly explains this. Investors typically over-subscribe in popular deals, in the expectation they will be allocated only a fraction of the shares they requested.

The share price also needs to reflect fundamentals, such as the issuer’s profitability and its valuation relative to that of comparable listed firms. But common sense valuation is no match for the kind of fevered bidding thrown up by a frothy offer – when a deal gets hot (remember the Facebook IPO?), pricing and fundamentals can part paths.

Also key is the quality of the institutions bidding into the book of demand. And that’s where pricing becomes more of an art than a science. Ideally, shares should primarily be allocated to a core group of investors that will be in for the long term, rather than sell their shares as soon as the stock begins to trade. For example, pension funds buy shares as assets, to match their long-dated liabilities.

It may be necessary to cut the price to maximize demand from quality institutions. These includes sovereign wealth funds, specialist asset managers and insurance firms, generally all ranked higher than small hedge funds or private wealth managers, which often tend to trade deals immediately after buying.

But an issuer also cares about liquidity in the stock, as it begins trading. IPOs that are sold mainly to buy-and-hold institutions tend to trade thinly, a phenomenon seen in recent Hong Kong listings heavily allocated to cornerstone investors, locked into the deal for a minimum of six months. Low liquidity means volatile share prices. It also discourages brokers from publishing research reports, which are provided at no cost to investors, but effectively paid for by broking commissions. If a stock doesn’t trade, there’s no point writing about it.

But then again, a deal that tanks is not all bad news for IPO bankers. While they take a dent to their reputation with potential issuers, and obviously also with investors, they can make guaranteed profits buying back extra shares allocated in the IPO, below the offer price. The process is known as stabilisation, and the additional shares as the “greenshoe” (see the October 17, 2011 Money Post, “Spirit of fee enterprise”).

The upshot is that bankers usually want a cheap deal that is easy to sell, while issuers (and, most importantly, selling shareholders) are often in the game to squeeze out every last penny of valuation. The dilemma is therefore to get the maximum price from an IPO while still attracting top-tier institutions.

It’s a grab-bag of motivations played out through a secretive process. The public doesn’t understand what is going on behind the scenes – and probably never will.

[This article was originally published in The South China Morning Post on 23 July 2012 and is reproduced with permission.]