Too much information that comes too late

Knowledge is power. And it’s especially true when it comes to investing in initial public offerings. On July 8, fellow columnist Jake van der Kamp argued that retail investors seem to be getting too little of it – or rather that information on IPO issuers is being made available to the public too late in the process (“SFC appears to be in la-la land over listing documents”).

And, indeed, the public seems to be getting the short-end of the stick here. While institutional investors get the benefit of pre-deal research reports as early as four weeks before an IPO is priced, and also a preliminary offering circular some two weeks later, the public only has to make do with a thick, “final” document that is published at the start of the retail offer (an offer that lasts for only a few days, at the very end of marketing).

Bankers argue it can only be thus. Retail investors do not provide feedback as institutions do, to enable the setting of a price range. They also say that professional investors are mature enough to make their own analysis and to understand that any information shown to them at an early stage is subject to tweaking. The public, on the other hand, can only rely on one, final version of the document.

It’s pretty obvious that very few individual investors in Hong Kong bother treading through such disclosure tomes, which can represent anywhere from a few hundred to more than a thousand pages. Other jurisdictions take a different view. In Singapore and Malaysia, for example, a draft prospectus is posted, after the publication of institutional research reports, on the website of the securities regulator. 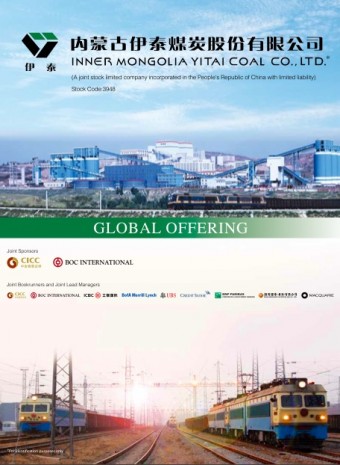 This gives the public a few weeks to digest details of the issuer – and of the IPO – before the offer document is declared final, and the order-taking process can begin. The arrangement also enables public investors to comment on the draft – although in practice, this rarely ever happens, with the exception of the odd question from an ex-employee with an axe to grind. But this also creates extended marketing timetables, as investment banks anxiously await for the prospectus to be registered by the relevant regulator before they can start formal marketing. This often results in lost momentum, hardly helpful given the tricky markets.

In its wisdom, the exchange (rather than the Securities and Futures Commission) in Hong Kong has implemented a similar procedure, with the publication on its website of a rather cryptic “web proof information pack” (or WPIP). This is basically an advance, draft copy of the prospectus. The idea is to put retail investors on par with institutions.

This sounds great in theory. The catch is that the disclosure is voluntary. While some issuers readily make this available, others do not. Another catch is that this version of the prospectus that goes on line is heavily redacted. It doesn’t include any details of the offer structure, or of the use of proceeds, let alone of the underwriting arrangements, not even in draft form. Such information is readily available in Singapore and in Malaysia. In other words, while WPIPs sound like a step in the right direction, they are not the solution to the problem.

So here’s a simple, constructive idea: the compulsory publication on-line of a complete (but still draft) prospectus, either shortly after pre-deal research has been published, or at the same time banks hand out the preliminary offering circular to institutions. This would create a genuine, level playing field between institutions and the public market. It would certainly be an improvement on the current system, which makes for often opaque, dense disclosure to the public only at the very end of IPO marketing.

Public investors have dropped out of Hong Kong’s new-listings. This is a simple step that could restore some confidence and help bring them back to the market.

[This article was originally published in The South China Morning Post on 16 July 2012 and is reproduced with permission.]