Graff Diamonds, a high-end jeweller, was supposed to have turned around Hong Kong’s moribund IPO market. It was not to be. Instead the company pulled its US$1 billion-equivalent listing on 30 May, piling more disappointment on an already massively downbeat market plagued by serial deal cancellations. What went wrong?

Most obviously, market conditions were terrible. But this issuer also made mistakes, specifically in the way it presented its “investment story”. In the context of a major market sell-off these errors proved fatal.

First, the investment case included some features that may have put investors off. Much has been made of Graff’s fairly narrow client base, with a single customer accounting for 13.2% of group revenue in 2011 and the top 20 for 44%. In addition, a cornerstone of the investment case was the expansion of the firm’s store network in Asia, with five store openings in 2012 across the mainland, Hong Kong and Japan and a further five in 2013.

However, the use of proceeds to be raised in the offering was somewhat at odds with that strategy. According to its prospectus, Graff intended to apply the IPO money principally to buying related companies, including DiamondWorks, SAM Graff Monte-Carlo and Safdico. The firm said it would use the balance to cut debt. 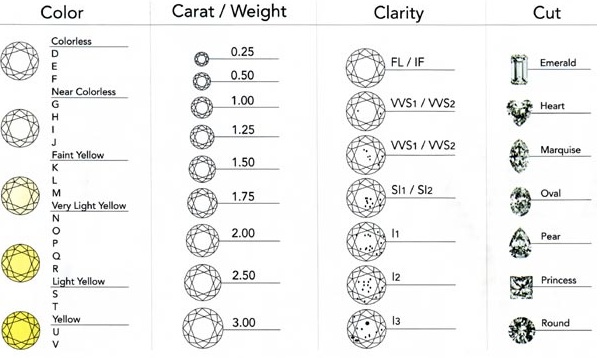 Second, the IPO was large. The proceeds to be raised by both the company (US$850 million) and the selling shareholder (US$150 million) had been fixed, with the number of shares to be issued and sold varying depending on the offer price. This sounds clever but is somewhat unusual.

Third, the deal was marketed at a wide bookbuilding range of HK$25 to HK$37 per share. At HK$12, the width of the range represented 48% of the bottom price. This was also unusual: IPOs are typically marketed at a 15% or 20% spread in their offer price. Graff’s wide range indicated the underwriters perhaps did not have a strong view on the firm’s valuation. Investors likely were unnerved by this lack of guidance, particularly as Graff is different to other jewellers and therefore harder to understand and price.

The company does not operate a mass outlet chain in the style of Chow Tai Fook. It is a high-end jeweller catering to a niche, ultra-rich clientele – it is more upmarket than Tiffany & Co, for example. This translates into high profit margins but, likely, more volatile sales. How do you price that? The question was forced onto investors, who were not in the mood to take a punt on a concept stock.

Fourth, the valuation was rich at a prospective price/earnings ratio of 18 to 24 times. That is a higher multiple than seen on other listed jewellery companies – or even some of the larger luxury groups. The firm was looking to achieve a Prada-like valuation (the luxury label trades at about 20 times projected earnings) but without Prada’s global brand or wide distribution platform.

Fifth, while I am pretty sure the lead underwriters would have tried hard to pre-sell the deal, the IPO had no cornerstone investors, which is pretty much a pre-requisite amid these volatile markets (lead banks like to be able to announce that a deal is fully covered on the day it is launched). The US$3.3 billion IPO of Felda in Malaysia, which started taking orders the day after the Graff IPO was postponed, had 11 investors committing early to about two-thirds of the transaction. This resulted in the offer becoming multiple times subscribed in short order.

Sixth, the issuer put out confusing messages as it was seeking orders from institutional investors. No level of coverage for the deal was announced, suggesting the IPO was perhaps struggling. Meanwhile, management were quoted in The Daily Telegraph saying they were receiving “tremendous interest” from “a target audience that is extremely resilient and very much insulated to the general gyrations of world economies”.

Graff’s seventh sin was most surprising. The issuer, its advisers and underwriters, pressed ahead with the IPO even when signs were clear it was failing. Institutional investors were reportedly only willing to buy about half the deal. In spite of this, marketing was taken to stage two –the offer to public investors – hoping against the odds that the remaining US$500 million could be sold to the market  just as global equities were tanking.

Graff may be synonymous with the most fabulous jewels in the world. But its IPO lacked clarity, wasn’t flawless – and has yet to make the cut in Hong Kong.

[This article was originally published in The South China Morning Post on 11 June 2012 and is reproduced with permission.]