The reason for the season: ECM Christmas musings

Forget about reindeer with shiny noses, fir trees and shopping mall carols. For those in the finance industry, the end of the year takes an altogether different meaning.

This, of course, starts with polls and awards, when brokers and banks can show to the world at large how the great and the good among sovereign, institutional and corporate issuers have entrusted them with high-profile transactions. This is also an excuse to mingle with competitors across the industry at celebratory gatherings, where some of the tables sweep all the statuettes and acrylic paperweights, while others can only look on with envy. Have you noticed how some firms always seem to come just for the food?

December is also a good time to compile year-end league tables – that ever more complex exercise in creativity, invariably undertaken by the junior ranks, to make one’s house shine in pitches. It’s all about excluding those categories of deals in which one did not partake (failed to secure a bookrunner role in that massive bank capital top-up? Fear not, there’s a note in size six font making it clear to the casual reader that rights offerings have been excluded), as well as twisting things to one’s advantage (some find it useful to redefine Asia ex-Japan to include Australia and, yes, Japan). 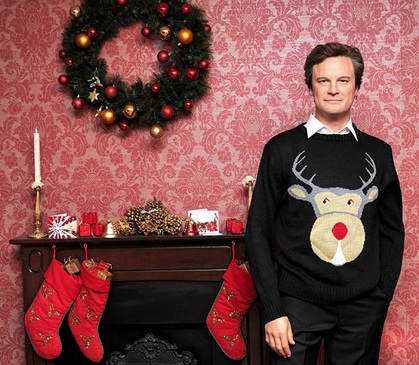 But, at the end of the day, the season of goodwill is really all about discretionary bonuses and promotions, which is where those league tables and other sources of recognition come in decidedly handy. Those 360-degree assessments reviewed by shady committees are great for the governance section of the annual report but, what really matters is making a strong impression. How good people think you are is as important, if not more important than, one’s actual performance. Bankers are at least strong at pitching, and lining up powerful messages about oneself is a must to channel those precious dollars to one’s stocking. Judging by some of the announcements already made by a handful of houses, however, this year’s new contingent of MDs could be on the light side.

Back in the good old days, the end of the last quarter was also a good opportunity to load the corporate Amex with outrageous bills for team dinners. The major bonding benefits that could be derived from drunken orgies fuelled by Puligny Montrachet and Chambertin, followed by tequila shot competitions at what-was-Fenwick’s in Hong Kong or Orchard Towers in Singapore, were reason enough to put a major dent to the firm’s cost-income ratio. Most houses appear to make do nowadays with a cheap meal, and a lucky draw. The boozy Christmas dinner has become yet another casualty of the regulatory and compliance hold on the industry.

In the U.S. and Europe, issuance activity usually grinds to a halt after the first week or so in December, as investors slowly prepare their year-end accounts and (some) MDs send their assistants to the shops to scout for family presents. No so in Asia. This year will be no exception, as more than US$20 billion of equity deals may print between now and New Year’s eve. And as ever, these will surely include the traditional block trade RFPs that Korean issuers invariably dispatch to syndicate desks after 20th December, much to everyone’s disbelief.

Some are predicting that Hong Kong could regain its global IPO crown, in spite of the loss of the US$25 billion NYSE offering by Alibaba last September. But I suspect that the first quarter could be all about southeast Asia again. The dismal performance of many of HKEx’s listings in 2014, combined with what remains a bit of a ragbag of a pipeline, could see investors turning en masse towards deals in Malaysia, Singapore, Thailand, Indonesia – and even the Philippines.

The question for banks, as we head into 2015, then is: have you got your people in the right places? Happy holidays!