Like an endangered species clinging on to the last remnants of its natural habitat, the Hong Kong initial public offering was scantly seen in 2012. The euro-zone sovereign debt crisis rumbled through the markets for most of the year, putting paid to many issuers’ plans.

Hong Kong investors, like many around the world, bunkered down, piling into bonds but largely spurning stocks and, in particular, IPOs. The new-listing market was, if not completely dead, largely moribund last year.

But there are signs of a turnaround. People’s Insurance Co. (Group) of China, the mainland’s largest non-life insurer, earlier in the month raised US$3.6 billion in a Hong Kong listing. The stock rose 6.9% on its first day. Most promisingly for the market, the deal was the first sizeable one in a long while to generate strong interest from individual investors – the public offer portion of the IPO was 17.5 times subscribed. This strong response came on top of a resurgent Hong Kong equity market, which has been rising steadily since September, those gains in part thanks to the United States’ money-printing programme known as quantitative easing.

Meanwhile, market volatility (known popularly as the “fear” index) dropped by half in Hong Kong over the last six months, suggesting less risk. The equity market also looks set to stay buoyant into the new year, with the Hang Seng Index now topping the 22,000 mark. 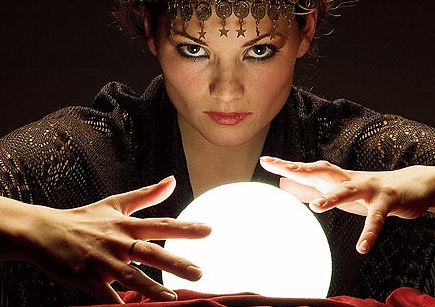 The suspension by the China Securities Regulatory Commission (CSRC) of new IPO approvals until at least the Lunar New Year could put a damper on listings from the mainland. However, a number of transactions, most particularly in the mining, engineering, financial and property sectors, are already awaiting launch. Provided their offer sizes and valuations are reasonable (and, most importantly, realistic), several could now make it safely to closing. New issuers, such as Alibaba, may also offer investors attractive investment stories, alongside the cast of IPO redux characters.

“We expect Hong Kong equity capital markets volumes to continue to be dominated by block trades in 2013. However, we do foresee a 20 per cent to 30 per cent pick-up in IPOs next year, as investor confidence slowly returns,” says James Fleming, co-head of global capital markets for Asia-Pacific at Bank of America Merrill Lynch. “Issuers will need to differentiate themselves to entice investors to buy new stories,” adds Chris Marschall, managing director, equity capital markets at CIMB.

IPOs by international issuers, such as those seen for Prada or Samsonite or, more recently, by Japanese issuers such as Dynam, however, are probably unlikely to return in large numbers – unless for large, prestigious companies, and for which Hong Kong stands out as an obvious listing venue because of their activities in the mainland.

Similarly, while dim sum bonds should continue to post healthy and increasing issuance, yuan-denominated IPOs are not expected to make many inroads in 2013, so long as restrictions on the currency’s convertibility remain.

Investors may see more equity-linked issuance, such as bonds convertible (or exchangeable) into shares. Interest rates remain low, and many issuers see these as cheap debt that can be refinanced, rather than as instruments that will be ultimately converted, diluting their firm’s per-share earnings. With valuations on the up, and the equity element of these instruments carrying a premium, firms could take advantage of the flexibility they offer.

Overall, expect a year full of surprises – starting, perhaps, with the possible resurgence of the IPO market.

[This article was originally published in The South China Morning Post on 31 December 2012 and is reproduced with permission.]