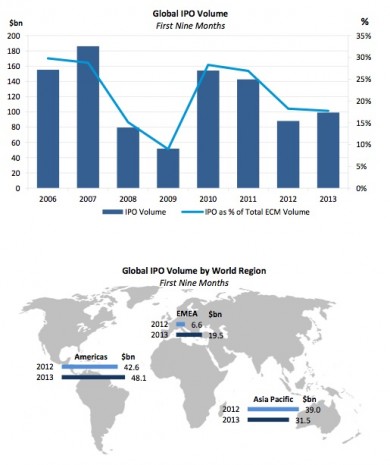 42 IPOs priced above their pricing range (largely a U.S. phenomenon, probably as a result of no pre-deal research publication being allowed there) and accounted for 7% of total IPO activity, the highest since 2000 (10%). IPOs below the range accounted for 9% (50 IPOs), the lowest since 2011 (5%).