HONG KONG (Dow Jones Investment Banker) – The Hongkong and Shanghai Hotels Limited (HSH) posts good profitability and has attractive long-term prospects. Yet its limited free float diminishes sell- and buy-side interest and limits trading. The ultimate result is a weak valuation and a constraint on equity capital-raising in the public markets, should the company ever need to do so. Given this, the controlling shareholder, Sir Michael Kadoorie, should consider taking the firm private.

HSH owns and operates some of the world’s best-known luxury hotels, including the Peninsula hotels in Hong Kong, Tokyo and New York, in addition to stakes in the Peninsula properties in Beijing, Shanghai and other cities. It also has assorted residential, commercial, club and services interests in Hong Kong, Thailand and Vietnam. The group will enter the European market in 2012 and has expansion plans in China and India. 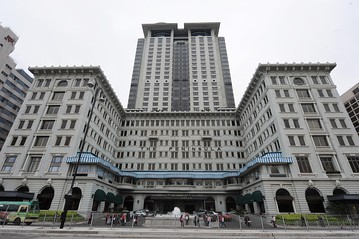 It’s a strong portfolio. The issue is the Kadoorie family’s controlling stake, which currently stands at about 57%. Including shareholdings by the CEO and other directors, 72% of the shares are controlled by insiders. This total doesn’t include a stable 8% stake held by fund manager Prudential plc, which has been steadily increasing its investment since at least 2008.

So despite a market capitalization of US$2.7 billion, less than US$800,000 worth of HSH shares trade each day in Hong Kong. That compares to about US$7.4 million for US$8.5 billion Shangri-La Asia Ltd., which is itself 56% controlled by the Kuok Group and is only about twice the volume of Singapore-listed Banyan Tree Holdings Ltd., which is one-quarter the size.

The problem is not a lack of transparency – the company issues robust financials and now even enjoys sell-side analyst coverage from five brokers, including UBS and Goldman Sachs.

A lack of growth prospects is not depressing volumes either. While rival Shangri-La has a higher EBITDA growth and more hotels rooms in the fast-growing markets of greater China, HSH has better profitability with a net margin of more than 54% for the 2009 full year, following a dip during the credit crunch. With gearing of only 7%, and a five-to-10-year plan to operate a maximum of 15 properties, up from 10 now, HSH should maintain a healthy growth and solvency profile, even after taking into account the upcoming US$45 million renovation of its flagship property in Hong Kong.

Despite of all this, trading remains very low, which goes some way to explaining the firm’s valuation: its trailing P/E ratio is only 8.6x, as compared to almost 30x for Shangri-La. It makes little sense for HSH to bear the costs and constraints of a public listing if undervaluation is to be its reward.

Prudential could sell down some of its stake, which would effectively increase the float. HSH’s share price grew more than 18% in 2010 (as compared to 52% for Shangri-La), driven in part by recent purchases by a handful of funds, including Aberdeen Asset Management. Prudential is therefore sitting on a healthy paper profit, but because its holding is now equivalent to 270 trading days, any sell-down would need a fully marketed transaction to succeed.

Such a move would only have a limited impact. What is really needed is a secondary offering by the Kadoorie family, with an associated lock-up on further sales, both to maximize the free float and send a clear message to the market. This would, of course, require that Sir Michael be prepared to relinquish control.

Failing this, it makes sense for HSH to follow in the footsteps of Taiwan’s Fubon Financial, which is buying back its Hong Kong subsidiary, and take HSH private. Even after factoring in the necessary premium, the stock is cheap, and Sir Michael has the money. Forbes recently estimated his net worth at $5 billion.

[This article was originally published on Dow Jones Investment Banker on 13 January 2011 and is reproduced with permission. It also appeared on WSJ.com, the website of The Wall Street Journal]