Another week, another Hong Kong IPO with a silly number of bookrunners on the tombstone.

WH Group, the Chinese pork producer formerly known as Shuanghui International, and which made headlines last year with the acquisition of Smithfield Foods in the US, has lined up no fewer than 28 houses to market and underwrite its up to US$6 billion flotation – and that’s not even an April Fools’ Day joke.

The listing is touted as potentially the largest one in the city since the US$20 billion plus IPO of AIA Group in 2010. AIA, however, successfully completed its high profile offering with only 12 lead banks, pricing at the top of the range and enjoying a healthy initial share price pop of almost 12%. It’s not entirely clear why WH Group believes it needs a number of bookrunners equivalent to that of four Rugby Sevens teams for a deal three times smaller than AIA’s. 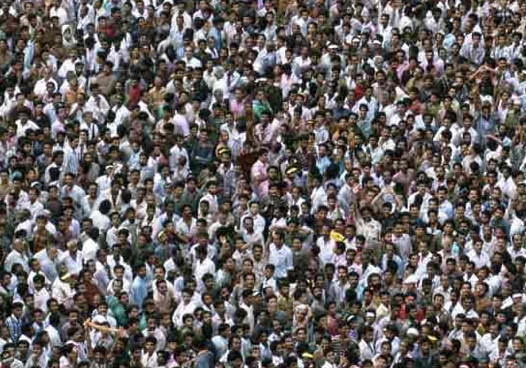 This is only the latest avatar in a long list of IPOs that have since last summer followed the worrying – and frankly nonsensical – trend of appointing as many lead firms as possible to sell primary equity. China Galaxy Securities had 21 bookrunners on its US$1 billion IPO while Sinopec Engineering had 13 for a US$1.8 billion new listing, both in mid-2013. Since then (and with the notable exception of HK Electric Investments), oversize syndicates have featured on pretty much every new issue in Hong Kong

At first glance, this looks like a good deal for the issuer. In theory, more banks working for the same amount of fees should ensure wider investor reach, and spread the risk of distributing what is likely to be a very sizeable offer in increasingly deteriorating primary markets. 13 of the 20 IPOs that have come to market in Hong Kong since the start of the year are trading below their offer prices, Night club operator Magnum Entertainment even managed to post a profit warning just two months after a blow out flotation that saw its share price double after receiving retail demand equivalent to almost 3,560 times the shares on offer.

The reality is that most of the houses on the WH IPO are basically there for the ride – and the league table credit that comes with the title of bookrunner. To be fair, among the seven sponsors are relationship banks that advised on the Smithfield acquisition and also provided bank funding to enable its completion. Goldman Sachs’ inclusion probably – at least in part – reflects its status as a 5.2%, pre-IPO shareholder. In turn, Daiwa and Nomura are clearly there to harness Japanese demand under a POWL tranche (although are really both needed?). But the 11 other houses appointed as joint bookrunners (and no doubt probably also some of the eight others that also qualify as joint global coordinators) are largely no more than glorified co-lead managers in disguise, who will contribute little to the deal beyond the writing of pre-deal research. Some even barely have any Asian equity distribution capabilities to speak of.

A bookrunner title is hardly required to commission a report from an analyst. It’s also likely that most of these firms would pick up research coverage of such a large company in any event, once it has started trading in the aftermarket.

More banks simply means lower fees for all, more junior staffing and a cumbersome oversight. While the passive bookrunners will only take home a diminutive percentage of the fee pool, expect PDIE feedback and pricing meetings to be populated by 20-somethings trying to reinvent the wheel and eager to make a point, and frustrated legal advisers blowing out their initial fee quotes. An uncoordinated marketing process may also feature, with potential cornerstones flooded with calls, perhaps conveying the unsavoury impression that the deal might be struggling.

It’s plain that the offer will in truth be orchestrated by a tight group of houses (and as it clearly should be), but getting so many on board in the first place defies the objective and just adds layers of unnecessary pain, cost and even de-motivation.

With Alibaba now firmly headed to New York and the A.S. Watson deal on ice after Temasek’s investment, WH Group will no doubt generate a lot of attention, provided that its valuation can measure up to scrutiny. Meanwhile, there’s something for everyone in that pork-barrel syndicate line up. Let’s hope that WH’s army of underwriters can bring home the bacon.

[This article was first published as part of the “Clawback” column, which I write for GlobalCapital]