What it takes to be an Asian ECM powerhouse

Last week, news that Deutsche Bank would fold its global equities business and terminate almost 20,000 of its employees came as a shock for market observers.

Not least because equities and equity capital markets was how Deutsche’s international investment banking business came to be: the origins of the German lender’s global platform in earnest probably date back to the poaching in the mid-1990s of my former colleagues Maurice Thompson and Michael Cohrs (and most of their team), who then together headed ECM at S.G.Warburg (now part of UBS).

That Deutsche Bank chose to exit what once made it great is nothing short of incredible. It also shows that global equities and ECM are pricey businesses, whose cost and infrastructure can add up to hundreds of millions of dollars, even before a single cent in fees has been gathered. And this is true perhaps more in Asia than anywhere else.

All this starts with sales teams, whose job is to market equity securities to their portfolio manager clients around the world. Generally, an investment bank with global ambitions will have salespeople located in the US (and perhaps also in Canada), the UK, continental Europe, Asia and Japan – as well as, possibly, in Australia.

Supporting those sales teams are research analysts and equity strategists, tasked with identifying stories and themes that institutional investors can buy into, as well as traders, who make markets and prices in these securities, and lend credence to a firm’s claim that it understands and accounts for a significant proportion of the trade volume in individual securities. 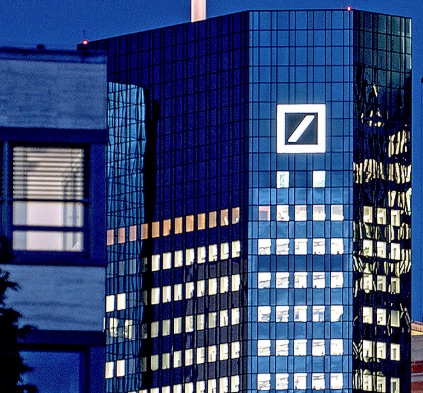 The cost doesn’t end there: settlement teams are also needed, to ensure smooth and efficient back office operations, that is, payment and delivery for such securities, after trades have been executed.

The reality, however, is that commissions paid by investors on secondary trades are rather modest. They represent basis points, rather than full-blown percentages. Accordingly, becoming an important player in the primary (or ECM) market is also a must.

Much of the trading in securities in fact occurs after IPOs or placements, creating aftermarket transaction volumes that would otherwise be rare for securities that are already listed.

Originating and executing ECM deals obviously also has a cost. This necessitates a global dedicated ECM team, generally established in the same locations as salespeople.

It includes origination and execution bankers, as a well as syndicate professionals, whose job is to oversee the marketing of deals to investors (including, possibly, cornerstone investors in markets such as Hong Kong, Singapore, or Malaysia), as well as their pricing, allocation and (when needed) stabilisation.

Origination must also be conducted by ECM teams in tandem with sector bankers, that is, financiers who specialise in a particular industry, as well as, in Asia or Europe, country coverage bankers, located in, and focused on, individual geographic markets.

While sector and country bankers also work on M&A (or fixed income) deals, in Asia, the bulk of their time and effort will generally be spent on ECM transactions.

But things do not end there just yet: a significant proportion of the time of compliance staff is also devoted to equities and ECM work. This includes professionals working in control rooms, to ensure that research reports are pre-vetted and free of potential regulatory or legal issues.

Compliance staff assisting with taking “over the wall” potential cornerstone investors or accounts with which soundings may be undertaken prior to the execution of block trades are also needed.

The many contracts that are negotiated and signed in connection with ECM transactions likewise require the significant involvement of a firm’s legal department, in addition to external firms of solicitors. And I won’t even mention in-house litigation teams, who increasingly must deal with, among other things, the consequences of failed IPOs, regulatory enquiries and related proposed disciplinary action.

Add to all that the gradual erosion of ECM fees in some markets (such as in Europe or Asia), the multiplicity of bookrunners for most deals in Hong Kong (where the quasi-totality of offshore Chinese IPOs now take place) – meaning that what a lead bank may now take home on a single deal is probably closer to US$500,000 or US$1 million than the US$4 or 5 million it previously managed to earn – and the increasing share of wallet of Chinese investment banks at the expense of UK, US or European firms, and it’s not hard to see that ECM has really become a numbers game: what now matters is ever more the quantity, rather than the quality of mandates on which a firm works.

To make it worthwhile, an investment bank must execute deals – and a lot (and I mean a lot!) of them.

With technology also increasingly a substitute for traders’ acumen, the demise of firms like Deutsche Bank probably marks the end of an era; the greener pastures in which its former equity bankers may now attempt to ply their trade few and far between.