The IPO of one of the mainland’s largest property insurers, The People’s Insurance Company (Group) of China, which currently undergoing bookbuilding as it seeks to raise up to US$3.6 billion, is setting a bit of a record with no less than 17 bookrunners – or senior underwriters assigned to gather orders from institutional investors.

This is no doubt due, in part, to an understandable need to reassure its board and shareholders that no stone has been left unturned to generate demand. It is also reflective of how well some houses market their capabilities. When it comes to a hard sell, investment banks are the cream of the crop – and expert at discarding subtlety. Here follows an appetizer of what prospective issuers can be subjected to. 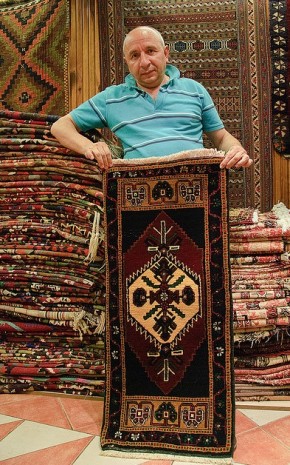 Any firm attending a beauty parade will usually deploy a senior figure, often with a chairman or vice-chairman title, based in a high profile, but distant, financial centre like New York or London. They will invariably promise to “personally” ensure the deal has the “absolute priority” of the bank, and that – if mandated – the full array of its resources will be made available. But, except in rare cases, this luminary is never seen again, other than as host to one of the roadshow presentations, or at the closing dinner. I was told of two recent occasions where one such financier retired shortly after the pitch, while the other jumped ship to another firm, after pledging ever-lasting commitment.

As far back as I remember, market conditions as conveyed by bankers are about to turn for the worst. This usually means the prospective issuer should “make preparations for its IPO at the earliest opportunity, while keeping the market under review”. The main reason is not that investment banks necessarily have an expert view of the market – although they would have you believe otherwise – but because time kills deals. Any managing director worth his or her bonus will always advise a client to proceed as swiftly as it can, not only to avoid other houses hopping onto the senior syndicate and carving a slice of the fee pool for themselves but, even worse, the deal being pulled as existing shareholders change their minds.

Valuation shown to a company and its shareholders is unvaryingly on a “fully distributed” basis. It sounds reassuringly technical but it really means that the equity value of the issuer has been assessed as if the shares were already publicly traded. In other words, this ignores the fabled “IPO discount” that investors require for most new issues, and which can represent anything from 10% to 20% – a convenient way of cosmetically appearing more bullish than one is.

In similar vein, along with expressing enthusiasm for the investment case and management team, an investment bank will often estimate potential investor demand in billions of US dollars. And, indeed, other than for absolute dog deals, institutional interest can quickly add up to substantial amounts. This, however, doesn’t mean these orders are necessarily all fit to receive shares after pricing has been determined. “Allocable” demand – what really matters – will often be substantially more modest, once orders by speculative corporates, or volatile interest from wealth management clients and lower quality hedge funds, have been stripped out (or “zeroed”). An oversubscribed deal certainly is no guarantee the stock will trade up in the aftermarket.

One facet remains true. Consistent marketing messages are key. Empowering a complementary – but not overly cumbersome – core group of underwriters ensures good coordination. Add to that the promise that more money may be made available to those senior brokers that perform well throughout the process and you have a syndicate of dedicated firms putting in the hours on your behalf.

Going back to PICC, it’s somewhat hard to see how appointing such a high, double-digit number of lead houses could ever achieve that.

[This article was originally published in The South China Morning Post on 26 November 2012 and is reproduced with permission.]